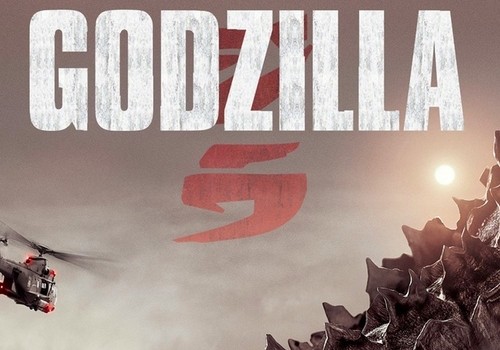 Seriously, throw in some Jaegers from Pacific Rim and we’re looking at the best movie ever made.

The upcoming Godzilla remake is hotly anticipated by me and many other kaiju enthusiasts because of the teasers, concept art and production models we’ve seen thus far. The movie retells Godzilla’s origin and firmly re-establishes him as a terrifying, unstoppable force of nature rather than a friend of humanity.

Naturally, as second American-made Godzilla movie, this brings to mind the truly awful 1998 effort, Ferris Bueller’s Jurassic Park masquerading as a Monster Movie, but as all the material we’ve seen so far has shown us, this is being handled by people who know what the hell they’re doing, namely Legendary Pictures and Warner Bros.

“Let’s take a look at the trailer!” is what I would be saying if any version of the leaked teaser trailer last more than 5 minutes on YouTube before being pulled by Warner Bros. but there’s plenty of screengrabs knocking around so we can take a look at those instead! If you’re resourceful enough, you can find it online somewhere

The atmosphere is heavy in this teaser, showing only the destruction left in the wake of the terrfiying titan stalking the land. The teaser has such a haunting, desolate tone accompanied by a sombre quote from Oppenheimer, an apt metaphor for Godzilla’s origins as a result of the Atomic Age. It’s a very stark portrayal.

It’s been confirmed that the Big G will fight two other monsters in this movie. Who will they be? Only time will tell but we do get a glimpse of some other kaiju amidst the rubble, clearly incapacitated or dead. The look of the creature(s) doesn’t overtly hint at any of Godzilla’s usual opponents but whoever they are, I’m sure we’re in for a slobberknocker!

Awwwwwww yeah. That’s the good stuff. There’s no better way to finish this teaser off than a shot of the Big G himself. The monster effects will rendered in CG but from what I’ve seen, match up to a suit actor’s bulk and movement style very effective but with just a little added flair.

I am extremely hyped! Just as hyped as I was for Pacific Rim! I freaking LOVE giant monster movies and this has whet my appetite just enough to last me til next year.