JJ and his amazing friend Jason have both seen Guardians of the Galaxy. They want to discuss said movie. If you have not seen it, you have been warned. [… 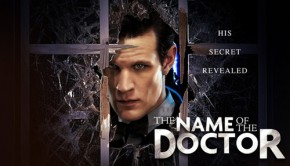