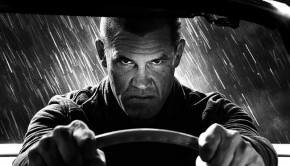 9 years after the release of Sin City we finally see the long expected sequel. Much like the first film, A Dame To Kill For will be a collection […