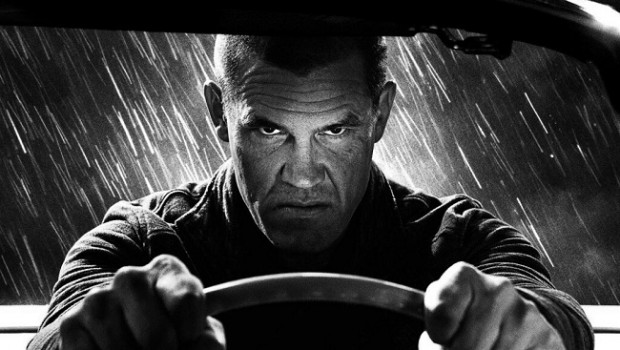 9 years after the release of Sin City we finally see the long expected sequel. Much like the first film, A Dame To Kill For will be a collection of a few different Sin City stories. Frank Miller, the comic’s creator, co-directs with Robert Rodriguez and most of the cast return.

I say “most” because there are a couple of changes. Obviously there are some new characters and some characters who don’t return, such is the nature of this anthology series. There are some roles that have been re-cast though. Miho is no longer portrayed by Devon Aoki and is now played by Jamie Chung for reasons I’m not really aware of. Dwight was played by Clive Owens and is now Josh Brolin but that re-casting makes more sense if you’re familiar with the story (no spoilers).

With so long between movies it will be hard to recapture the magic and originality of the original in the eyes of the public. They’ve got their work cut out for them to get people hyped again. Lets see if this trailer can do that.

So Marv is back. That might be confusing for some. Basically, these stories aren’t exactly told in chronological order. If you thought he was back from the dead, Sin City wasn’t that kind of comic.

More ladies in less than positive roles. You can argue that it’s ok because it’s a parody of a genre that is misogynistic but in this day and age can we really still let it away with that? So Nancy is back. I have to be honest; the effects in this trailer seem really poor. The first Sin City used the same CG heavy style but this somehow looks cheaper. I don’t know if they’re working with a smaller budget or this is just unfinished work but either way, there is a lot of drab going on.

Joseph Gordon Levitt joins the roster of talent. This guy is on a bit of a roll the last few years. Lets just hope his presence doesn’t have the same effect on this sequel as it did on the Batman franchise.

Overall: There is a whole lot of “meh” going on here for me. The look of the film, once ground-breaking, now feels dated and the feel of the film seems to be “more of the same”. I understand there was a time in my life that “more of the same” would have excited me but it’s been a decade. I’ve moved on. It might turn out that Miller and Rodriguez should have too.