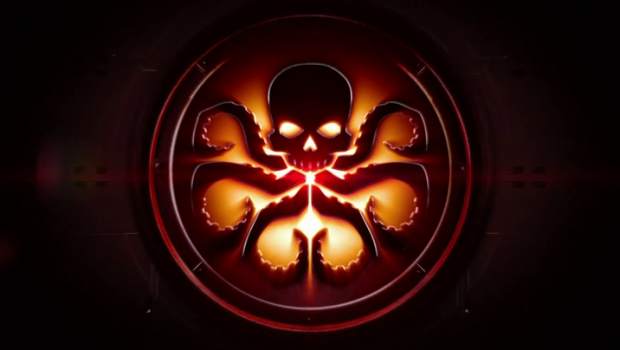 “Hydra? I thought you guys broke up!”
“That is what we wanted you to think!”

“Out of the shadows. Into the light.” is a fitting tagline to Turn, Turn, Turn as more mysteries are revealed and this episode happens concurrently with the event in Captain America: The Winter Soldier. So SPOILERS are heavy in this episode and it just doesn’t care if you’ve seen Winter Soldier or not. The team are still trying to make sense of May’s actions as Garrett comes under attack from SHIELD UAV drones. They’re on a collision course with The Hub and tensions are running high as they find out who has been pulling the strings all this time. Hydra has infiltrated SHIELD at all levels and is making a power play for SHIELD’s assets.

Everyone is on top form in this episode, even more so than usual. The interpersonal relationships are stretched thin as Phil learns how deeply May’s betrayal runs, despite how much she personally trusts and cares for Coulson. She’s been reporting on him for Fury and was even responsible for assembling the team in a way. Coulson’s world is shattered even more as the man who has had his back when he’s been going rogue is revealed to be the Clairvoyant. John Garrett is the Clairvoyant and Bill Paxton switches between affable buddy to menacing mastermind beautifully. I think the other stand out performance for me was Iain De Caestecker as Fitz. He’s not combat material, he’s emotionally compromised and even facing imminent death, tears streaming down his face, he still has the brass cajones to tell Garrett to go fuck himself. Mucho respect.

But this next bit is for the Tumblr folks, specifically the SkyeWard shippers. YOU JUST GOT YOUR SHIT PUSHED IN, DWEEBS! Haha, seriously, this is classic Whedon shenanigans. Ward and Skye have a great moment and even share a kiss and then Ward goes and betrays the team for Garrett! He straight up murders three SHIELD agents (including Victoria Hand) as they transport Garrett to The Fridge. Gotta admit that Brett Dalton’s performance never gave anything away until the last possible second so kudos to him. I do love that he’s already turned heel on his twitter account too, just to add fuel to the speculation fire! This is something I haven’t mentioned up to this point but the cast has an absolute blast live-tweeting along with the show. Turn, Turn, Turn is easily the highlight of the season. Hell, if this was the season finale, I’d be thoroughly satisfied but we still have more to come! In the fallout of SHIELD’s fragmentation, the team struggles to survive and encounter both new allies and new enemies. I’ll see you all next week for Providence!