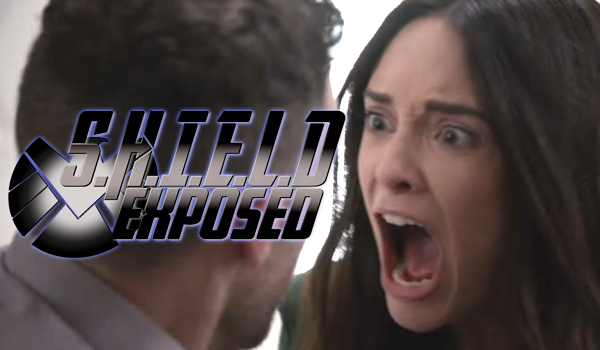 As opposed to The Flash this week, Agents of S.H.I.E.L.D. remains on form with an emotionally powerful episode with action, drama and emotional investment.

In the fallout of escaping the Framework, we see most of the cast in some form of emotional turmoil or another. Except Coulson and May, who are half-flirting, half-catching up on events while fighting Robo-Russians. Because Iain De Caestecker and Mallory Jansen can carry the traumatic emotions no problem. We also see Yo-Yo’s reaction to Mack staying in the Framework and she’s PISSED. So much so that the fiery latina fucks herself by diving into the Framework and awaking strapped to a gurney in a fiery room. Good job!

But yeah, the main focus of the episode is with Fitz and Ophelia/AIDA because they’re both fucked up! Fitz is struggling with dealing with all the bad stuff he did in the Framework as well as Ophelia being a super-creeper who can’t control her emotions and it’s just not his day when Simmons nails him with an Icer. Poor sod can’t catch a break but you feel for him every step of the way and that’s a testament to good writing and a good actor.

Ophelia/AIDA is also killing it; figuratively and literally. From playing an emotionless Life Model Decoy for most of the season, we get to see Mallory Jansen practically explode with emotion, running from delightfully happy, frightened beyond logic, a pretty cool Big-Damn-Hero moment and then seething with rage. It’s a fantastic showcase for her acting ability and for the freshly Inhuman Ophelia. She showcases teleportation, lightning generation and healing so I have to wonder what other tricks she has up her sleeves heading into next week’s finale.

With an enemy that powerful, as well as a possible army of Robo-Russians, the Team is on the backfoot with little to no back-up but miracles come from the most unexpected places and, within the demolished SHIELD base, the Darkhold portal ignites and Ghost Rider returns. Fuck. Yes.

Come back next week for what promises to be an explosive finale as magic, technology and superpowers collide in World’s End!