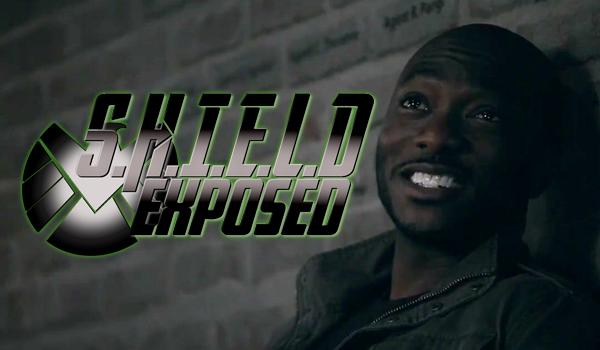 We’re racing toward the Agents of S.H.I.E.L.D. season four finale and what better way to build up some momentum than to have our primary antagonist achieve her goals and lose some of our main cast along the way?

Farewell, Cruel World! sees the end of the Framework arc, and while it’s been immensely enjoyable to watch, we needed to get back to the real world eventually and we finally get going on that plan. Daisy, Coulson, May, Simmons and Mack head off in search of Radcliffe’s backdoor (phrasing) and have to deal with a lot of emotional turmoil along the way.

But first, since this may well be the last time we get BJ Britt, we have some hilarious moments with him that really drives home that we’re missing a hilarious and sincere character in the main cast. Trip has some fantastic scenes with Daisy and Mack and is taking the whole idea of the world being wrong in stride, though he is disappointed that his other-world counterpart apparently has no game whatsoever.

It’s good to see there’s still something between Coulson and May as he encourages her to take a leap of faith and is rewarded on the other side with May admitting he’s cute. Awwww!

Less cute is Mack’s… departure? Is that what you’d class this as? It’s certainly emotional and understandable and while Mack staying in the Framework with his daughter is unsurprising, it’s a little hokey from a logistical standpoint. I mean, how long does he expect them to just leave him in there? Does he really think Yo-Yo is just going to let him stay there? Who would look after him and keep the Framework going? I guess they’ll explain it in the following episodes but Henry Simmon’s supposed final appearance is bittersweet to say the least.

As usual, Iain De Caestecker is killing it as both a cold-hearted HYDRA head and as the repentant real-world Fitz. This guy can act rings around everyone! Without Simmons there to support him, and Coulson not being that effective, his fragile mental state is easy prey for the now human AIDA/Ophelia who tearful reunites with him and TELEPORTS AWAY. The fuck!? When? How? What? Is her new body Inhuman? Is that tech-based? WHAT.

Questions need answers and we can only hope we get them when we return next week with… The Return.