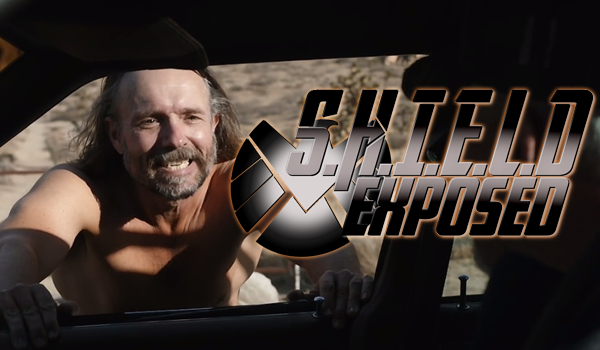 I was all ready to write this off as kind of a filler episode but I genuinely enjoyed BOOM, mostly because of John Pyper-Ferguson, Mallory Jansen and Jason O’Mara.

Jeffrey Mace has gone from powerhouse to house cat and this episode really plays with that as he’s blocked at every avenue to be more of a player in SHIELD. Jason plays Mace as likeable at the best of times but playing him as a kicked puppy makes you really feel for him and he gets his shot to be the hero… Only to be captured by The Superior. Should make for an interesting conversation in the next episode.

Speaking of interesting, we meet AIDA’s inspiration; Agnes Kitsworth. Mallory Jansen gets to unclench and use her natural Aussie accent for a change. It’s subtle but distinct enough from AIDA’s monotone non-descript accent that makes Agnes feel unique. Her backstory is tragic and she doesn’t last the episode but it was cool to see Mallory emote for a change (like when Brent Spiner got to emote as Data on TNG).

We also see Senator Nadeer bow out after a cunning(?) plan by the Russians to see if she’s Inhuman which results in Head Watchdog, Terrance Shockley (I think this is the first time we’ve heard his name, right?), becoming an Inhuman bomb. Kind of reminds me of Nitro in a way, which is ironic since Nadeer’s office is within the Stamford Wing, thus alluding to the comic book Civil War. John Pyper-Ferguson gets to do something other than glower in the background. Hell, I think he’s pretty cool when he’s getting used to his powers.

We finish the episode as Agnes dies within Radcliffe’s new ‘Framework’ world as May is visibly distressed. Is she adapting to the new world already? I guess we’ll have to find out next time!

BOOM is a solid and entertaining episode that kept good pace and didn’t stick with one plot for too long, giving a lot of the supporting cast room to breath. Next week we go on a mission to rescue The Man Behind the Shield.