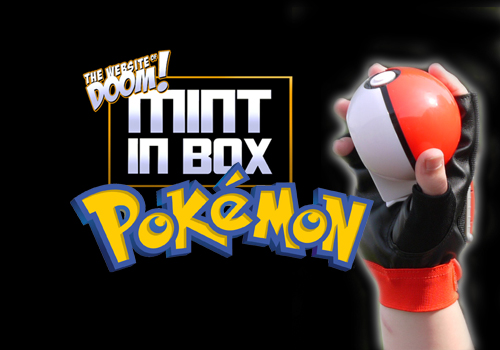 Our heroes set off on a new Pokémon adventure!After my last look at the Pokémon XY toyline, Tomy was kind enough to send out some more goodies to review! This is time is an assortment of role-play items and being a grown man, they’re not exactly designed with me in mind so I enlisted the help of my little sister, our resident toy-reviewer-in-training, to help! First item is another Charmander Clip ‘N’ Carry Poké Ball. I reviewed this last time but Aimee thought it was pretty cool and couldn’t wait to crack it open and add it to the rest. She also liked the other figures in this assortment, especially Gogoat. The assorted Clip ‘N’ Carry Poké Balls retail for around £12.99 and include one Pokémon. Now is where things get a little giddy for me personally. Growing up, I wish there was something as simple and awesome as the Clip ‘N’ Carry Poké Ball Belt. It’s such an obvious thing to produce but I don’t think this idea was implemented until Tomy was making the Black and White toys. Regardless, both Aimee and I had an immense amount of fun with this, even if I couldn’t wear it. Aimee was running around, shouting attacks and calling out her Pokémon. The two Pokémon included in this set are an adorable Pikachu and Noivern, one of the Pokémon from the new games, and you get both a regular Poké Ball and an Ultra Ball. These two, as well as the Balls from the two Charmander sets mean we can carry four Poké Balls at once! I was pretty surprised to see that the belt had alloted space for the traditional maximum of six Poké Balls. This amazing set retails for around £18.99 and is a must have for any would-be Pokémon trainer! Lastly, we come to the Pokémon Trainer Gloves! Styled after Ash Ketchum’s signature gloves, they feature motion activated sound. Funny story, the package containing these samples was left outside my door so my awesome neighbours noticed and kept it with them until I got home. They told me they were kinda scared of the strange whooshing noises coming from the box! I find it strange that these don’t have a pull-tab that activates the electronics when you open the packaging. I could easily see many of these losing their battery power in stores because of the lack of that feature. Despite my issues with the packgaging, the gloves fit both Aimee and myself quite comfortably and we had a great time trying to figure out the best way to throw a Poké Ball and have the sounds activate. This role-play set retails for around £14.99 Overall, me and Aimee had lots of fun with these role-play items, from the perspective of both a Pokémon veteran and a relative newcomer. Aimee loved everything, especially the belt but for me, I don’t think the Trainer Gloves give you as much bang for your buck but are still a fun addition to line. The Pokémon XY toy line is available in most good toy retailers and is also available from Tomy’s website!