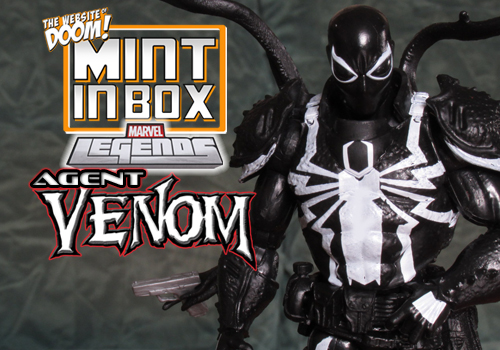 Having lost his legs in Iraq and been bonded to the alien Venom symbiote by the US Military, Eugene ‘Flash’ Thompson is a war-hero, an Avenger, and a Guardian of The Galaxy. He is Agent Venom.

The Marvel Legends, Walgreens-exclusive, AGENT VENOM has made his way into my mitts all the way from the Americas and is ready for review! Thanks again, Tony!