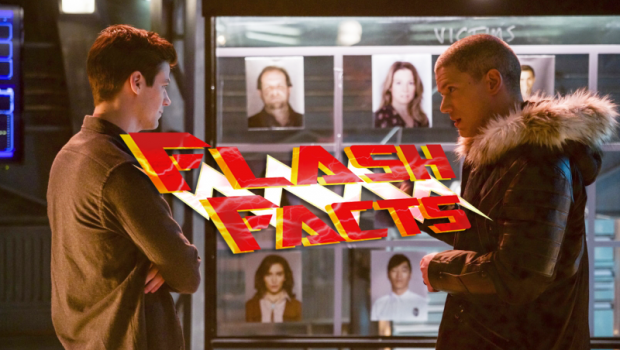 I’m loving that any episode involving Snart has a movie homage title.

Fury Rogue ties up the loose end created by the lack of Fallout’s involvement in The Thinker’s grand scheme. Kinda. Ultimately, I think this was just an excuse to bring Wentworth Miller back and I will never complain about that!

The crux of the episode is Barry not really grieving since Ralph’s death and while I joke that Barry is an emotionless robot who doesn’t care about anyone other than himself, Grant Gustin can be incredible at conveying emotion and he gets to show that towards the end of the episode.

Nice to see Katie Cassidy take a break from her stint on Arrow as an evil Black Canary to… play the same thing but from the Nazi Earth… Okay, sure, seems like they didn’t really need her but cool, Katie Cassidy soon becoming the new Tom Cavanagh.

Speaking of, the fallout of Harry’s dark matter experiment is laid bare as he’s told he will lose his intelligence and soon have to relearn everything he knows. While we don’t really see that in effect, we see Harry try his best to stop Cisco repeating the mistake while trying to keep it secret. It’s not his best performance, really.

Wentworth Miller gets the lion’s share of the jokes, puns and emotional chats because we’ve got him, it’d be a shame to waste him and he performs spectacularly. The Leo Snart character allows Miller to be both playful and deadly serious in a way the original Snart wasn’t. Great to have him back, shame to see him leave again.

Marlize’s slow face turn continues as she realises that while her husband has returned to his old face, the problems with his new personality persist and no amount of her seduction can change that. The man she loved has gone and we’ll probably see her team up with Team Flash in the last couple episodes of the season.

Caitlin is investigating Killer Frost’s disappearance and her feelings about losing her other half. Not much time is spent with her but what is makes clear that while Killer Frost is gone, she’s still part of Caitlin, who vows to find a way to unlock her abilities once more.

Over all, an average-but-good episode that advances the characters more-so than the plot. Next week, we see the return of Gypsy and another speedster in Therefore She Is.