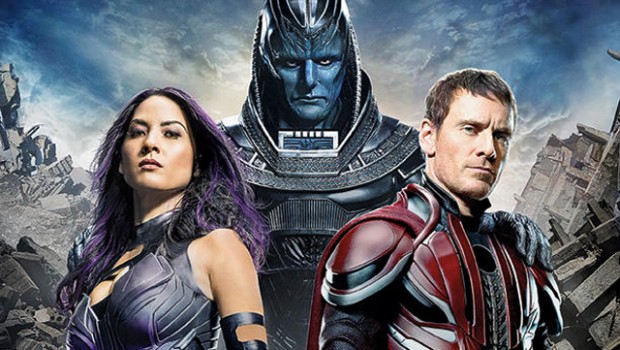 Bryan Singer returned to the X-Men franchise for Days of Future Past and took the opportunity, much like the Quantum Leaping Sam Beckett, to put right what once went wrong.

Now he has the opportunity to bridge the gap between his original movies and the prequels by taking the team into the 80s with X-Men: Apocalypse. This movie is teeming with faces both old and new, which will make for some interesting interpretation of X-Men movie cannon. For example: hello Nightcrawler and Angel.

We won’t get many answers in the trailer but lets see what we do get.

There were a lot of new character/actor reveals in this trailer but the biggest of all was of course Jubilee!

Right? What? Am I the only massive Jubilee mark? Oh, screw you guys.

Don’t worry though, it looks like she won’t be in the film very much as this is her only appearance in the trailer at all. In fact, it’s kinda weird considering…

– Let’s Make Sure We See Jennifer

In this scene and in so many other parts of the trailer it is made very clear we will not be seeing much of Mystique but lots and lots of Jennifer Lawrence.

Which is weird considering who the character is and what her motivations have been in every other movie up until now. She’s the leader of the X-Men now I guess. Jennifer I mean, not Mystique. And hey, look, all the white kids!

Look at all that space on the plane too, by the way. Always goes to waste. I don’t think I’ve ever see it full up.

Don’t worry folks, all the foreigners will get their comeuppance like the evil Egyptian Apocalypse, evil German Magneto, I guess evil African Storm, and the less said about the evil British but also kinda-Asian-as-well-but-don’t-think-about-that-too-much-because-it’s-a-long-story Psylocke (who is also only seen once in the trailer).

Although I do love me some mohawk Storm. Always the best storm in my eyes.

– Which brings us to the title

I’ve heard a lot of naysaying online about how he looks but I think he looks great. How the hell did you expect this guy to look in real life? And they showed him growing and everything! Great!

OVERALL: This trailer seems groovy at first but the more I watched it the more I found things that bugged me a little. Just little things, like the time they give to individual characters. The fact that Angel is here (which is great, he’s such a big part of the Apocalypse/X-Men story) but knowing that they won’t really get into his story all that much. That’s the thing with X-Men movies I guess though. So many great characters and not enough time in two hours to flesh them all out.

We’re gonna get a whole lot of Mystique though!