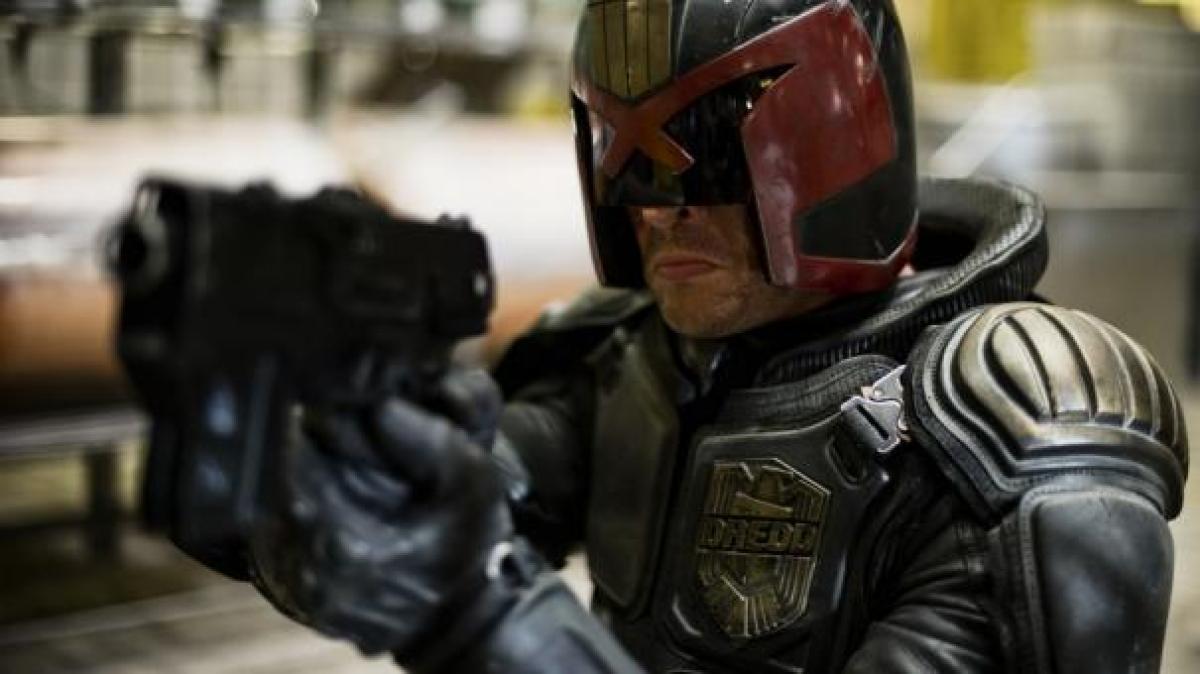 The original Judge Dredd movie was an enjoyable, if flawed, sci-fi comic book romp and now I cast my eyes on the trailer for Dredd 3D, the latest adaptation of 2000AD’s most well-known character. Will this prove itself to be above The Law or a steaming pile of drokk? Let’s find out…

If you don’t know the basics of the Dredd mythos, here’s a crash-course. In the far future, Earth is an irradiated wasteland and the last vestiges of humanity scramble to survive in the Mega-Cities. Mega-City One is home to Judge Dredd, the best of the Judges, the law enforcement agency of the Mega-Cities. He’s the one who asks the tough questions and he lets his gun do the talking. And his gun know only one really loud word! It’s a world of mutants, psychics, monsters, robots and law-breakers.

Here’s our villain of the flick, Ma-Ma (played by Game of Thrones‘ Lena Headey). She controls a 200-story vertical slum and once the Judges come knocking on her door, it all turns a bit Die Hard as the Judges are pitted against her minions.

Dredd (Star Trek‘s Karl Urban) and his rookie partner Anderson (Juno‘s Olivia Thirlby) are tasked with entering the aforementioned slum on the trail of a murderer. They seem a good match-up as Dredd is all gunplay while Anderson appears to be a skilled boots-to-asses combatant with psychic abilities.

They show a lot the city-scape in the trailer so you do get a sense that the population of a small nation could live in one of these cities. It’s huge and sprawling but still feels gritty and lived-in. Even though they look like stock footage with mediocre CG put over them.

Given that this slum is 200-stories tall, I imagine a lot of gunplay and close-quarters mayhem. Collateral damage is order of the day and the action is served a sumptious bed of violence. Seriously, I want a body-count that rivals Return of The King! (I really didn’t realise that was the movie with the highest bodycount as of time of writing)

If you’ve been following some of my comments during this analysis (Shut-up, this is totally an analysis!) you’ll notice many point towards Batman, or should I say The Dark Knight. This whole trailer gives the impression of being akin to The Dark Knight or at the very least being directed by Christopher Nolan. Inception sound-a-like playing over the trailer, the heroes being tested within an oppressive, hostile environment and Karl Urban’s gravelly tones all point to this being an adaptation of Batman, as well as Judge Dredd and I’m just not buying it. Overall, the movie looks like it was filmed on a shoe-string but this is a British movie so that’s to be expected and hopefully won’t hinder it.

Dredd 3D will be in cinemas from 7 September.