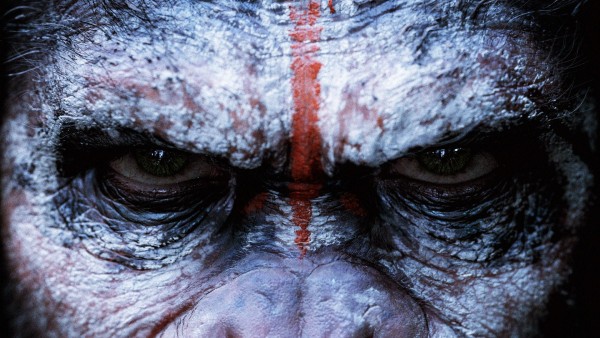 Tease Me, Baby! – Dawn of the Planet of the Apes

I was a big fan growing up of the orignal series of Planet of the Apes films (particularly “Conquest…“). They were fantastic social commentary pieces shrouded in science fiction, as all good sci-fi films are.

When they rebooted the series with James Franco in “Rise…” I was unimpressed with the sentiment. There are so many possible stories you could tell within the established cannon that it seemed pointless to re-do things. Just pick a different part of the world and go from there! But no, they had to give us Caesar because Hollywood can’t leave franchises alone.

This sequel to “Rise…” has had a few problems. The original director left due to the release date being too soon for him to work with and subsequently Franco was dropped too. But Andy Serkis stays on and they’ve added Gary Oldman to swap Oscar nominees in the cast.

We see the apes as they start to set up their soceity. Lots of references and images similar to the original ape towns. They’re shown to be more like cavemen though, rather than the civilized beings we’ve seen in the past, but it’s still a step up from the pure animal beings they were in the previous movie.

It’s not entirely clear from the trailer but Oldman seems to be playing a leader of some kind with what’s left of humanity after the simian flu killed so many people. This actor’s name is Kirk Acevedo. He plays a bad guy. All the time. In everything. Ever. He must just have one of those faces.

Is anyone else getting a Jurassic Park vibe off this bunch? It must be the hat.

Overall: This looks to be more of a sci-fi film than “Rise…” and definitely feels a lot closer in theme and style to the original series of films too. I’d be more interested to see this than I ever would have thought before watching the trailer so you have to consider that a success.

Tags: apes not monkeys, planet of the apes, they get pissed about stuff like that