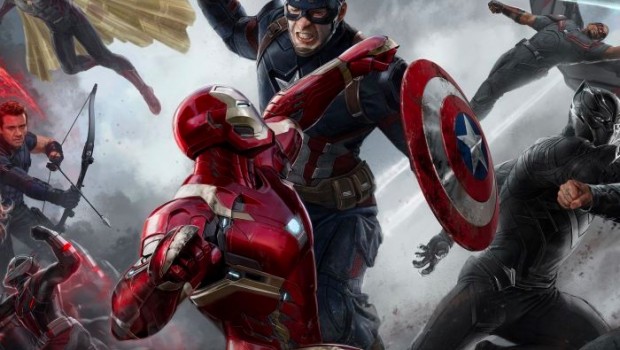 Hey, everyone. The new trailer for CA:CW just dropped and it has us all in a bit of a tizzy. Let’s skip the background info and get straight to it, shall we?

It would be ridiculous of me not to address the spider in the room straight off the bat. Peter Parker’s inclusion in this movie caused a stir from the moment of it’s announcement and everyone has been wondering when we would get to see him. Well… here he is.

First of all, webbing Captain America’s hands together and stealing his shield is a hell of a way to make an entrance. Bravo. Secondly, his eyes narrow just like the comics! You can tell this is a suit that has been upgraded by Tony Stark, due to the shiny belt pieces and especially these eye adjustments. Pretty cool detail and hint to how he has been dragged into this mess.

Black Panther’s role has been largely a mystery too but it seems that his appearance here hints at being on the receiving end (perhaps accidentally, perhaps purposefully) of a terrorist attack. Is this why he goes after The Winter Soldier?

The Raft makes a welcome addition to the Marvel Cinematic Universe. It’s existence now opens up the possibility of a Thunderbolts movie too, which is pretty ace.

Blink and you’ll miss it but one of my favourite Avengers comics moves is Ant-Man being launched at somebody on the tip of a Hawkeye arrow. Thank you CA:CW for making it a thing again.

Overall: The Captain America trilogy looks to be one of the best superhero trilogies in movie history. So many fall down by the third instalment and I was worried for this one with all the character additions but so far, with two full trailers out, this looks like it could possibly be the best one. Kudos, Marvel.