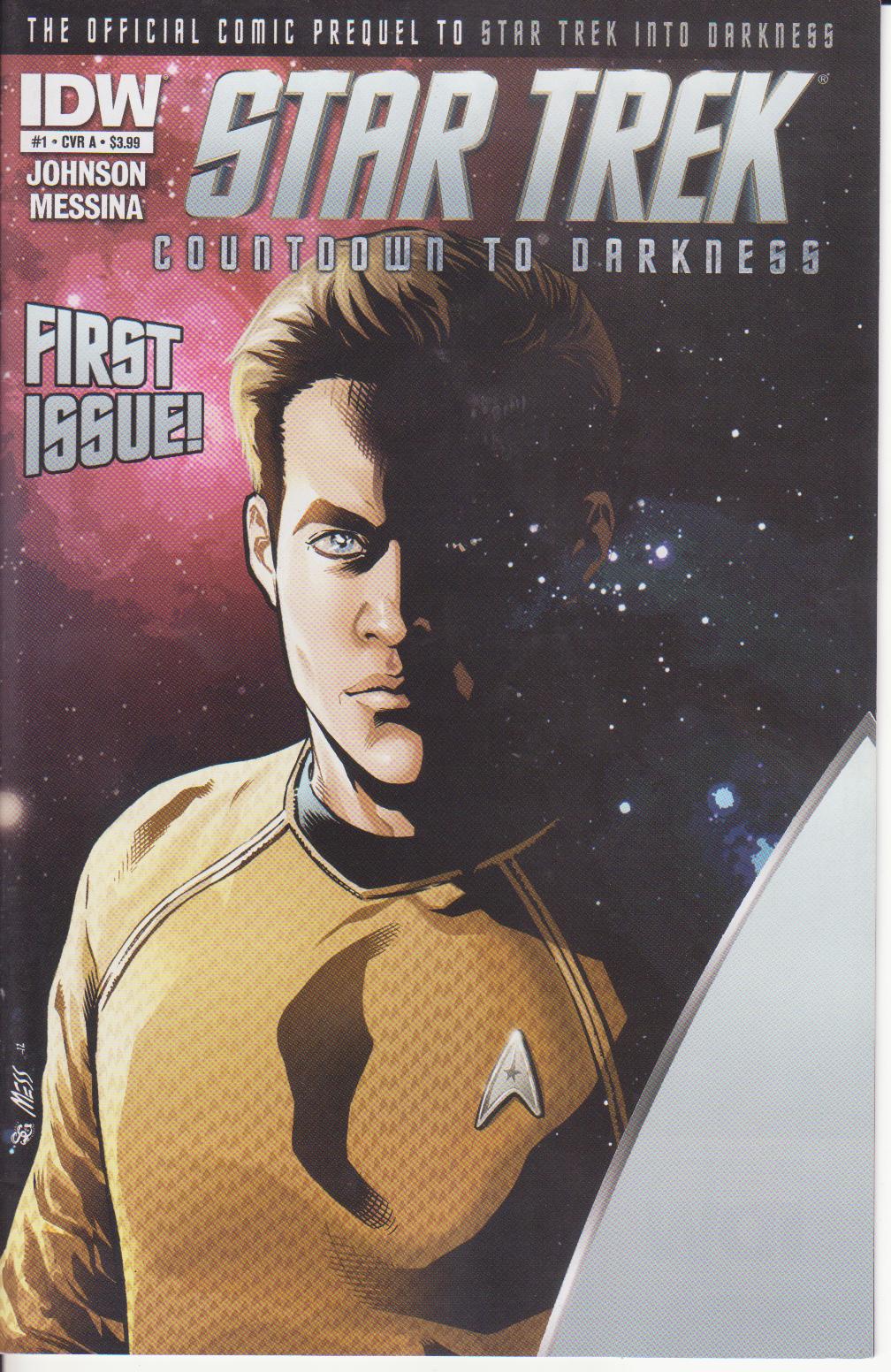 Welcome to *TOTALLY SPOILED*  a new section here on The Web Site Of Doom where I will be totally spoiling anything from comic books to TV shows, games and more. To kick things off we are starting with the  new Star Trek Countdown series. I will be giving a complete synopsis’ of the IDW comic book series Written by Mike Johnson that will be leading up to the new Star Trek movie ‘Into Darkness’! Be prepared for full on spoilers as this will be geared towards those that don’t have the time, money, or other means to read the series, but want to know the background events that lead us from the first movie into the next. Set your phasers on stun and lets warp right into this! Spock dreams of logic. He dreams of beaming down to Vulcan. He dreams of going into the Katric Ark to save the Vulcan elders. He dreams they beam off the planets surface. All of them. He dreams his mother thanks him aboard the Enterprise. As she does he feels a surge of emotion, and with that emotion comes the end of logic. The ship begins to fall apart and his mother curses him for dooming them all pushing him out the now broken window. Just as the ship explodes, he awakens. Spock sits on the edge of his bed for several moments as the buzzer for his door rings before he finally says ‘Enter.’ Uhura comes in the room and tries to console him, but Spock brushes off the dreams and her concerns and says he’s going to start his shift early. She says she will join him since that’s the only time she gets to see him anymore. Meanwhile in the Captain’s Quarters, Kirk has a conversation with the log about not really having any friends on the ship since everyone treats him as the Captain.

Back up on the bridge the ship pulls up to a planet named Phaedus, a class M planet. 5 years prior Phaedus scanned and the population was determined to be in a developmental stage similar to that of the Roman Empire on Earth. Kirk is disappointed to learn that this will be a typical ‘scan and dash’ and tries to convince Spock to go to the surface just as Chekov picks up a high energy field on the planet. What ever it is seems to knock out communications and the transporters. After much deliberation it is decided that Kirk, Spock, and Sulu will take a shuttle to investigate. (As per “Starfleet regulations” of sorts you have to take a red shirt with you on away missions. In this case that red shirt is Mr. Hendroff, the big dude that kicked Kirks butt back in the bar on the first movie.) They all go despite Uhura’s objections. Everything goes fine until they are shot down. The shuttle gets severely damaged and Sulu is left with a concussion. Hendroff stays behind to care for Sulu as Spock and Jim go explore. They don’t get far before they are stopped by an army of strange creatures with phasers. One of them also has a universal translator and asks the crew to identify themselves. After Kirk gives his name and rank he is interrupted in his demand to know where they got the phasers and translator by a man telling him to calm down.

“I gave them their weapons, and the tricorder. My name is Robert April…former Captain of a ship called Enterprise.”