Join us this week for a peek into our most vivid nightmares, Sir Michael in the great outdoors, hunting another man, and Deep Space Nine. As promised here’s some […

Star Trek: First Contact is the best theatrical Star Trek: The Next Generation movie ever made– unfortunately that isn’t exactly a high bar to reach, if this and the […

Sorry for the delay this week. We’ve had a weird conflict that might hold up episodes for a while (not a “you’re getting fired for doing too many british [… 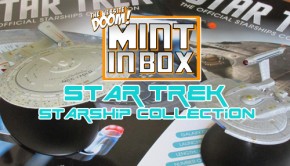