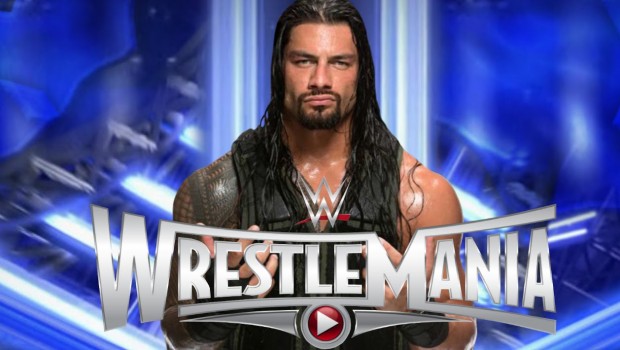 I’ve been thinking a lot lately about the decidedly troublesome situation regarding Roman Reigns and the difficulty with getting him over with the fans. This is not to say that he isn’t a popular wrestler. You hear the cheers at live events. It’s just to say that WWE want him to be as big as CM Punk or Daniel Bryan were and unfortunately they have a John Cena situation on their hands were kids love Roman but the majority of grown-ups dislike him.

To figure out how to fix such a problem you have to look at why it’s happening and there are a few obvious reasons and a couple more subtle ones which might be harder to fix.

First of all, changes need to be made to his image. Whether he likes it or not, Roman Reigns has resting smug face. It’s just how his features are built. He may not be thinking he’s better than everyone and everything but unfortunately when he cracks that smirk of his, it’s what comes across. People react to that, sometimes only subconsciously, but they do.

It’s hard to like a guy who is that big, athletic, and good looking if it appears that he has an attitude. Especially when he’s being as pushed as hard as he is. The average wrestling fan is a working class schlub. They want to either root for an underdog or identify with a protagonist. It’s hard to believe that a specimen like Reigns could ever be conceived as an underdog when he clearly won the genetic lottery.

Secondly, they need to progress his character’s style.

Letting Roman keep both The Shield’s entrance music and crowd-walk-through was a designed effort by WWE to transpose the popularity for The Shield on to him. Unfortunately it has backfired. Instead of us thinking “I love The Shield and I love Roman Reigns” it has more of an effect of ” I miss The Shield”.

You may think I’m crazy with that but think about all the times that the music hits, the crowd cheers only to slowly turn in to boos. It’s not because the people who dislike Roman are slower to make noise. It’s because The Shield’s music elicits a pavlovian response of excitement. That group was more over than anything the WWE purposefully pushed in the last 10 years. People remember and instinctively cheer for that. But then they remember that it’s not The Shield and it’s Roman instead and that happiness turns to disappointment which then turns to resentment.

His gear is almost exactly the same too. It’s all reminding people of something they can’t have. Rollins kept his garment style but wore different colours like the sweet white and gold ensemble, changed his attitude and music. Ambrose now wrestles in street gear, changed his entrance and enhanced his in-ring persona. People got behind both those performers after The Shield split because they progressed. Roman has remained stale.

Roman’s place at the big show remains a problem because WWE make such a big deal of it. Because WWE treats Wrestlemania unlike any other PPV and claims that it’s the “Super Bowl of wrestling” it’s making a statement every time they book their card for it. They’re making a league table almost and positioning their superstars accordingly to how they value them. Knowing that their biggest stars, or at least who they think their biggest stars are, will be the main event means it’s a time when both WWE and the audience have a chance to evaluate who that might be. For the past number of years the WWE and the audience have disagreed on Roman’s placement.

This wouldn’t necessarily be a problem normally. There have been plenty of pay-per-views headlined by odd or underwhelming matches but again, “this is Wrestlemania season”. The importance is placed so highly that the viewer’s feelings increase too. And if they’re unhappy with the main-event for the biggest show of the year that feeling will carry throughout the rest of it.

It’s a resentment thing. I’ll reiterate my point from earlier because I honestly think it’s the crux of the issue. The vast majority of grown-up wrestling fans are working class people who haven’t caught a break in life and watch wrestling to forget their troubles. If our main protagonist is a man who has everything it’s hard to root for him.

Kids are different. They want larger-than-life figures, they want indestructible heroes, they want someone who can seemingly do anything. They, understandably, love Roman. But they’re not as loud in an arena as the grown men. And after a while it gets embarrassing to have the face of the company be consistently booed when he wins matches.

If they just changed things up a little, even make him a heel for a while, I think things could change significantly but WWE are a stubborn bunch and the “Roman Empire” is their agenda for now.