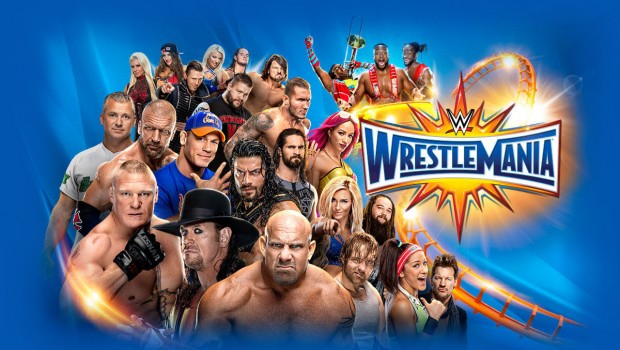 It’s my fourth year doing Wrestlemania predictions and if I’ve learned anything from my time doing these it’s that the more wrong I am about results, the less people tend to enjoy the show. I’m not saying it’s because of my influence (ha! could you imagine?) but it has been interesting to see how the more unpredictable WWE’s booking gets, the less satisfied the audience can be. Especially in an age when WWE is constantly accused of being too predictable it seems it also has an equally large problem of booking which makes no sense. Anyway, this is just a side-tangent. Lets get guessing! This is always pot-luck. The natural inclination is to assume Big Show will win, especially as he has announced that his retirement is approaching. The problem is Vince McMahon has whatever the opposite of sentimentality is running through his bones. He also loves throwing in a surprise winner (see Zack Ryder from last year). I’m gonna go out on a limb for this one and say that this might be where our newest beast-on-the-block gets a chance to shine. Aries is a recent addition to the WWE roster (remember, they pretend NXT doesn’t exist) and a veteran in his position is often used to get younger talent over. On the other hand they’ve been handing around that Cruiserweight belt like it’s candy. Vince loves Neville, I’m gonna stick with him. Hometown girl, returning from injury, back to claim the title she had to give up. If it’s not Naomi, they’ve lost their damn mind. The only chance of me being wrong, I think, is a certain Japanese destroyer showing up. Ladder matches are another type of match that could let anyone win but I’d hope that The Club retains, just to make them bigger bad guys. It would also work better for future title matches with other teams *coughNewDaycough*. I keep forgetting this match is happening. I think it’s the match I have the least interest in. I don’t know, lets say… The build up to this fight has been a lot of fun but I wonder how intense of a match it will feel with the inter-gender element. Often tagging can slow things down as both sides have to change competitors and its been a long time since I’ve seen Maryse wrestle so who knows where her skills are at. Either way, a Cena/Bella win and a marriage proposal seems pretty nailed on. Big contender for what will be match of the night. It has a title on the line but more importantly friendship as we know it. That’s right, if Owens wins, friendships the world over will crumble. With Jericho notoriously due to leave for a musical interlude, it’s bad news for friends. The story seems to be leaning towards Sasha turning heel very soon. If that happens at Mania, there can be only one winner. Whoever wins, gravity loses. But dear god, please let it be AJ. Even WWE aren’t dumb enough to put a non-wrestler over one of their biggest stars, right? RIGHT?!

The Undertaker vs. Roman Reigns Or as I like to call it, pee-break. I actually hate that this match is happening but if I have to choose, I hope big Roman puts a fist through the heart of The Undertaker and finally puts us all out of our misery. Men in their 50s should not be wrestling anymore. The meat in our sandwich of old-men-versus-younger-men matches is going to be quite likely the only good one to watch. HHH can still go and hopefully Seth will be able to as well. Don’t be surprised if this turns into a run-in fiesta. Oy vey. The only redeeming feature of this match is that it will most likely be short and logically can only be one winner. I think. Surprisingly this is probably the hardest one for me to pick a logical winner. Bray could win, but if so what was the point of Orton’s betrayal? And if Orton wins then what is he? A Heel or Face champion? AJ has to come for the winner in the following weeks and a battle with Bray would be much more interesting but sadly I don’t think WWE are thinking that far ahead.