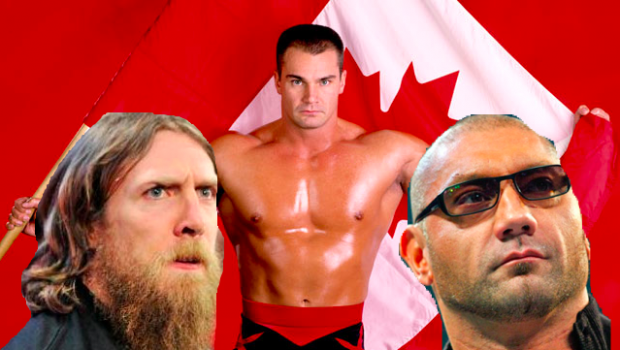 Last night saw a rather vicious reaction from the fans towards the rather disappointing Royal Rumble. Even some WWE related pros commented with Jim Ross declaring that not much worked after the first match, Mick Foley threatening to throw a brick through his TV, and even Daniel Bryan himself saying that he hopes the company men start listening to the fans. The fans themselves were slightly more scathing in their opinion. I was included in that angry mob but this morning I’ve had a bit of time to think about it and, while I still feel let down, I think I can state more clearly my reasons why thanks to Lance Storm.

For those who might be a bit too young to remember, Lance Storm was a great wrestler for WWE, WCW, and ECW. He’s also a wrestling teacher and is highly respected in the industry. He was more pragmatic about what went wrong and what the fans might be able to do to really sway opinion with the backstage men of WWE. This is very true. But while we did get exactly what was promoted I think that’s also the problem. Everything about the night was entirely predictable. The beauty in wrestling is when we get something surprising. I often cite CM Punk/Cena from Money In The Bank 2011 as a perfect example of wrestling at it’s finest. The crowd were going crazy and we got a surprise ending that was also extremely satisfying with the story. It was the perfect storm (no pun intended). The Rumble last night had the potential for the same. If Daniel Bryan came out at #30 and won, the crowd would have lost their minds. It would have been a surprise even with the amount of people hoping for it. It goes down as a lost opportunity and I think the mundane, predictable nature of the Rumble in the end reminded people of just how boring and unsatisfying predictability is. This is very true. Painfully so. Zack Ryder is an excellent comparison. The WWE creative team like to think that they tell us what we like. It has almost always been this way. They want to put a guy over, they don’t care if the wrestler has already done it themselves. They want to control it. When the crowd got behind Ryder, it was the worst thing that could have happened to him. He wasn’t in creative’s plans and so if you’re disrupting the show by chanting for him in other people’s matches the easiest way to fix that is to remove him from the picture, hence why the only time you’ll see Ryder is now Superstars or a house show.

Luckily, I feel Bryan is past that point. I do think WWE value him as a wrestler but they have no plans to make him the champion and that’s because they don’t think he’ll make them enough money. It’s why they made The Rock a champion last year and why Batista is going to challenge for the belt at Wrestlemania. They’re famous outside of the WWE and therefore they think they can make more money from them. We can chant and cheer all we want but they won’t change their plans based on vocal support. Which brings me to Lance’s next point… And this in the end is the real truth and motivations of the WWE. This is all they care about. Vince used to humiliate himself on TV every week back in the 90s but didn’t care because that’s what the fans were tuning in to see. Until they see a big change in viewing habits, they’re not going to book their shows around the talented guys who the “smart marks” love. Lets face it, the folks who love Bryan are the ones who tune in every week and watch the whole show. Until you turn off, they couldn’t care less.

To a certain extent, even the wrestlers feel this way too. For example: In the end, it might be our love of Daniel Bryan which is clouding the issue. We want him to be our champion so badly it’s driving us crazy but in the end the titles only mean something to us, not the wrestlers. You’d think the WWE would give the people what they want, that it would be “best for business” but at the end of the day when they look at the cold hard figures of ratings and sales it may not look the same to them as it does to us.

I’ll leave you with this final thought: