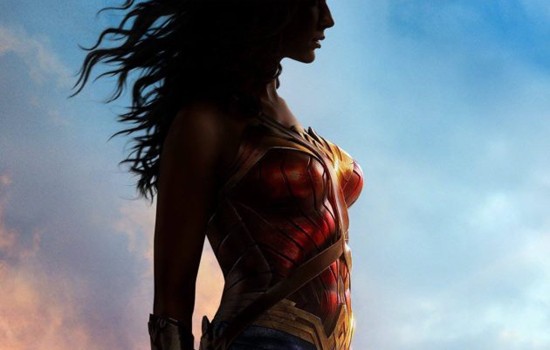 Okay, DC… You got me. After the debacle that was Man of Steel and the awfulness that was Batman v Superman; I was ready to write DC off all together but as this year’s San Diego Comic Con has shown… Maybe there’s still some hope for the world’s most iconic heroes and who better to bring that hope than Wonder Woman?

Holy cow, Gal Gadot is gorgeous! Maybe I didn’t see it in BvS because the movie was bad and the promo shots of her weren’t fantastic but seeing this lady in motion sends my heart aflutter. Whether in her finest gown (with matching sword) or on the battlefield, Gal exudes femininity like a physical aura of awesome.

… She’ll kick you in the face.

And lady knows how to beat an ass or two, that’s for damn sure! While traditionally a peaceful emissary for the Amazons, Diana is no stranger to combat and she certainly gets to show that with multiple shots of swordplay, close combat, lasso tricks and taking heavy machine gun fire like a champ!

This line is pretty indicative of the way they could be going with Diana’s origin and that’s great. Because she’s had, like, six in her 75 years of publication and having one of the more mythical ones is a good step. Unless that’s just the story Hippolyta (Diana’s mother) told her… Which would also be interesting!

Take me down to the Paradise City…

Diana’s people, the Amazons, inhabit the hidden island of Themyscira (aka Paradise Island) and we get a nice few shots of the island, it’s people and their culture and I’m getting a very Thor-ish vibe from it.

Chris Pine is Steve Trevor; first man to set foot on Themyscira/Paradise Island and designated damsel for the movie. Pine’s a good choice because while he is charming, he can also play clueless and inept for laughs equally well. Which is another thing…

There’s HUMOUR! Oh glorious gods of Olympus; there are jokes in a DC movie! Etta Candy (Lucy Davis) is Steve’s secretary and one of Diana’s closest human friends. Great to see a long neglected character get some real screen time.

To say I’m excited would be an understatement. Sure, Wonder Woman appears to be aping Marvel’s earlier outings with Thor and Captain America but is that a really bad thing? Given how dire MoS and BvS were; DC are clearly going for a more Marvelous approach and just look at the response on social media – people are responding positively to it! People are hyped for Wonder Woman and I’ll gladly count myself among that crowd!

Wonder Woman will be spinning into theatres June 2nd 2017! Be sure to keep your eyes glued to Doom though because Aaron will be looking at something in a whole different League!