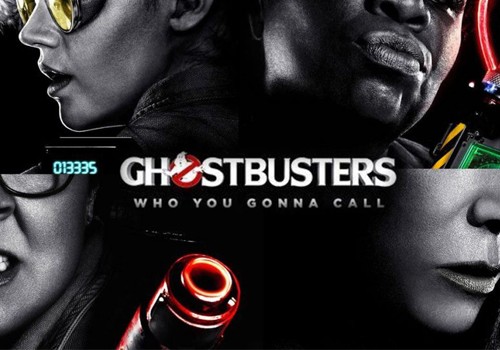 When I was growing up, and even to this day, Ghostbusters is one of my all-time favourite movies. It’s science fiction, it’s comedy and, most of all, it’s a stunningly timeless piece of media so when the idea was being knocked about that it would be rebooted; suffice to say there were nay-sayers. When it was revealed it’d be an all-female cast, even more-so. But this could be star just about anyone and I’d still be excited. Why?

My biggest fear was that the cast would be carbon copies of their predecessors and while the archetypes are there, each lady appears to be an amalgamation of different characters. McCarthy is the Ray analog but she’s also the Venkman, spurring the team to assemble. Wiig is a mix of Egon and Ray in her curiosity and scientific background. McKinnon is Egon with Venkman’s playfulness and Jones has Winston’s everyman status but with Ray’s excitable nature.

Yes, there are similarities present but once the film rolls around, I’m sure each character will have more depth to them.

Speaking of character fusions, Chris Hemsworth appears to be pulling double duty as both the Ghostbusters’ receptionist and as the designated possessed person, so a mix of Janine and Luis. Here’s hoping he’s going full Annie Potts and will just be a hot glasses-wearing snark machine for the movie.

One thing I’ve always loved about Ghostbusters was the tech and I’ve always said that as long as the science is cool in this movie then I’ll be happy and from what I’ve seen, I’m real happy. Yes, the packs are different but all the variations on display here have appeared in other Ghostbusters media in one form or another. The current packs and trap look similar to those used in Extreme Ghostbusters (sans the terrible beam effects) and the proton pistols, shotgun and gauntlet have made appearances in the 2009 video game (which I highly recommend) and the IDW comic book series, which is super fun if you don’t mind the art style.

The driving plot point is that someone or something is riling up the ghost population and it’s enough to warrant a new team to answer the call. It’s got shades of Ghostbusters II and Extreme Ghostbusters and I’m interested to see where it goes. While the spooks aren’t all practical or stop-motion, they are visually striking, which is great. Plus we do get a quick peek at one of the many returning cast members in the form of the green spud, Slimer.

So what’s the verdict? I’m optimistic! Sure there’s some hints at the kind of humour modern audiences eat up and I hate but hopefully that’s just trailer-bait and the movie itself will have more of a sardonic, gallows sense of humour like the original. Apart from that; I’m loving what I’m seeing — and hearing with the tinkling piano and funky remix of the Who You Gonna Call? Theme song. Seriously, it gave me goosebumps!

You can make the call for yourself when Ghostbusters appears in theaters this summer!