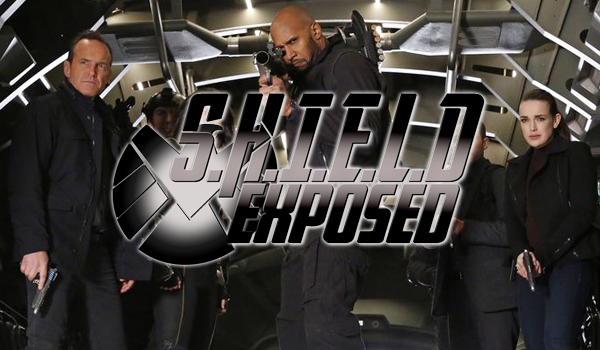 You know that feeling when things can’t possibly get any worse? That’s where we are after The Man Behind the Shield. This is the worst case scenario but wasn’t it fun getting here?

Having a flashback to babby Coulson and May was a fun c-plot to the episode, showing the rarely seen playful side of May and a Coulson a little more akin to what we saw in the early days of the MCU. It’s a refreshing change of pace and something I wish we saw more of.

I love the direction (pun intended) that they’ve taken Mace in. Jason O’Mara has been on form since his reveal and he’s become the team’s purest cinnamon roll. He’s out of power, deep in enemy territory and all but sure that he’ll die but he’s taken Coulson’s ‘fake it til you make it’ advice to heart and acts like a stone cold badass while simultaneously shitting himself every second he’s onscreen.

Daisy and the Superior get a pretty decent brawl going that isn’t purely Inhuman powers versus human resolve. Daisy fights relatively fair but like she says; the game ahs changed and leaves Ivanov buried under rubble.

The huge-ass shocker twist of the episode is the revelation that four of SHIELD’s most experienced operatives have been replaced with LMDs! Am I the only figuring this is a red herring?  I mean, yeah, there’s a noticeable amount of time missing where someone could have gotten got but Coulson, Mack, Daisy AND Mace?  Seems a bit of a stretch to me… Though Coulson bringing LMD-May back online seems to support it. Spoiler: the promo for the next episode confirms that at least Coulson and Mace are LMDs but there are FOUR active within SHIELD so… my money is still on Fitz being one of them. With the hint of a John Carpenter’s The Thing-style bottle episode on the cards, next week should be a doozy but I really liked this episode too and I hope the LMD arc continues to be as interesting and intense when we come back next week with a little more Self Control.