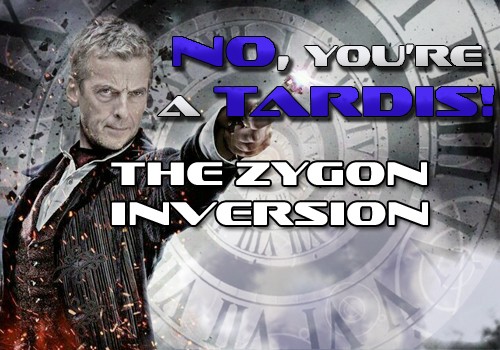 Review: Doctor Who – The Zygon Inversion

Holy shit, Capaldi killed it! Five rounds, rapid!
If you’ve been following these reviews this season, you’ll have noticed a running theme… I’ve found it to be exceedingly mediocre. Downright dull. Shit. Last week was a step in the right direction and tonight was, hopefully, a turning point because The Zygon Inversion was probably the best episode of this season hands-down.

I have to give credit where it’s due and suspend the Clara Backdown 2015 for this week, mostly because A) she spends most of the episode either in a pod or in the background and 2) because what little screen time she does have is pretty good. Why is it that she’s a competent and strong character when out of sight of the Doctor but as soon as she’s near him she turns into Rose/Martha in their worst moments of doe-eyed stupidity?

On the flipside, Jenna Coleman’s performance as Bonnie was an absolute blast to watch, especially opposite herself/Clara. My problem has never been Jenna Coleman, but the character, especially post-Smith’s departure. Bonnie is a fun and sinister villain, probably because she’s wearing the face of someone we know.

Peter Capaldi’s performance in this episode was amazing, there’s no other words for it. His gags were as on point as they were last episode and then there was this scene…

Give that man a god damn BAFTA! Capaldi poured his heart and soul into this performance and we finally see shades of the Doctor he’s been teasing since he stepped into the role. A Doctor so utterly frustrated by the stupidity of those around him that his default tone is patronising but every jeer and sly jab is for the other person’s benefit. He goads and challenges and taunts because people, humanity especially, can be better and he’ll make damn sure they realise it. The 12th Doctor is an exercise in universal tough-love.

The Zygon Invasion/Inversion, while stumbling with it’s symbolism in the first part, sticks it’s landing and delivers the most compelling episode of the season. Frankly, I can’t wait to see how Mark Gatiss follows this episode up next week with Sleep No More.