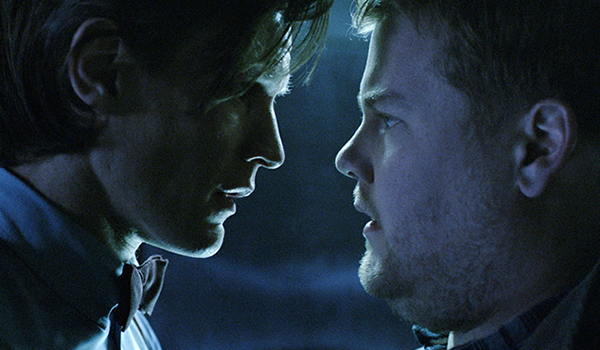 Whiskers… Okay, whether it due to laziness, illness or Silence, I’m sorry for the delay and without further ado, here’s “NO, You’re a TARDIS!” for the episode ‘Closing Time.’

In the last few days of his life, the Doctor pays a farewell visit to his old friend Craig Owens, and encounters a mystery. People are going missing, a silver rat scuttles in the shadows of a department store, and somewhere close by, the Cybermen wait. In an interesting bit of plot development, this episode takes place 200 years after ‘The God Complex’. From the Doctor’s perspective anyway, he’s now the age he was when he was killed at the start of the season, setting the Doctor on a crash course with the events of the first episode and there‘s more of that plot later in the episode involving River Song but I‘ll save that for you to see. But that’s not what you came for…..
The Doctor makes a house call to old flatmate/companion Craig, intent on it just being a social visit but gets embroiled in Craig’s life again because of the Cybermen snatching people from a local shopping complex for…… some reason. To be honest, the Cybermen are ineffectual and have no bearing on the plot other than to have Craig go all Ma-Ti on their metallic arses. Utterly wasted but I can see that Cybermat becoming a big hit once it gets released as a toy (and it will.)

Matt Smith and James Corden again make a great double-act, especially with the added element of The Doctor speaking baby to Craig’s child, Stormageddon. Yes, he has a human name but once you hear “Stormageddon” you’re not going to call the kid anything else. They’re a fun little trio though the whole deal of The Doctor and Craig being a gay couple is a little overplayed for such a bog-standard punch line.

It’s nice to have a little relief before the Doctor makes his final stand but this is another case of the character interaction carrying a piss-weak plot. It was nice to see James Corden reprise his role as the lovable, bumbling Craig and his character does a lot to break the Doctor out of his funk, even if it’s only for a little bit. Matt Smith balances the right amount of pathos and fun into his performance and Stormageddon will be the name of a fair few firstborn sons coming down the line.

Come back next week for the conclusion to the series and ‘The Wedding of River Song!’