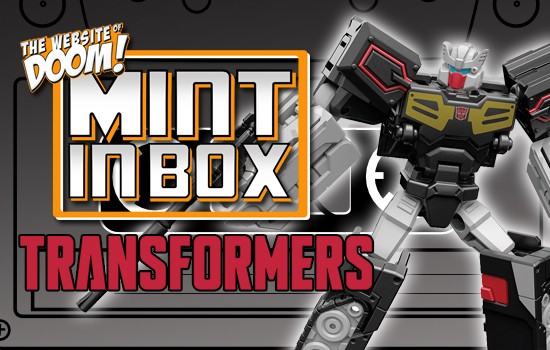 Titans Return (well, Headmasters Return but I guess Hasbro doesn’t have that trademark anymore0 to the world of Transformers with the redux of the tiniest titanium twink, Rewind!

Originally just one of Blaster’s cassette-bots but given new relevance as once half of the Lost Light’s premiere gay-married trouble magnets, Rewind’s release – in the same line as his husband, Chromedome – is yet another instance of Hasbro taking cues from IDW’s stellar comic series, More Than Meets The Eye. The packaging is exactly the same it was for Combiner Wars but with this year’s branding. Moving on! The cassette-bot of 1986 gets a massive upgrade for 2016, now transforming into a touch screen MP3 player… that has a cassette themed background so it makes him look like a walkman. Still, you can plug a pair of headphones into him and he can still be loaded into the Voyager scale Blaster’s chest like a cassette… Which doesn’t make a lick of sense other than THEY DID IT IN THE 80’S! I’m really thankful that the Combiner Wars mandate of Legends scale figures being triple-changers persists because while this Space Tank mode is as basic as they come, it does add some more value to this entry level Transformer. The transformation between all three modes is so basic yet intuitive that you shouldn’t even have to unfold the instructions. Rewind in robot mode stands about 3½ inches tall and, barring the bulky forearm kibble, is a dead ringer for his IDW design, even down to the camera sculpted to the side of his tremendous head sculpt that pays homage to Alex Milne’s comic design. Poseability-wise, he’s got a tremendous range of movement thanks to the hinge and ball joints; allowing for all manner of cool action poses, balancing precariously, or even cute poses when his husband finally shows up. Overall, for an RRP of £11.99, it’s hard for me to recommend Rewind simply as a toy because when I first started doing reviews five years ago, that would be the price of a Deluxe scale figure but as a massive More Than Meets The Eye fan, I had to get him and he’ll be a permanent fixture on my desk.