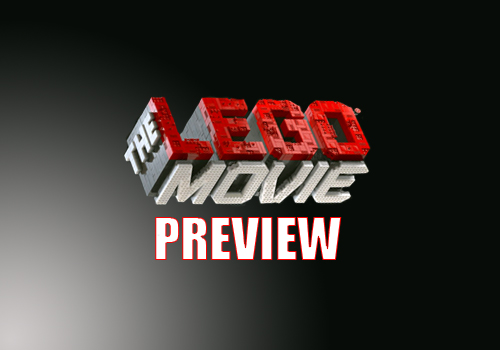 With 2013 coming to a close and The LEGO Movie‘s media campaign starting to kick into gear, I thought I’d take a look at what LEGO plans to release to tie into the movie!
< !-more->

First up, I might as well throw up the new trailer that Warner Bros. put out. It’s looking just as fun as the original trailer made it out to be.

Look out for that coming in February 2014!

The LEGO Movie is going to have a whopping 14 sets released to coincide with the movie in 2014 as well the 12th Series of the Collectable Minifigures being comprised solely of characters in the movie. Just like any other Minifigure Series, this one has a nice variety to it, incorporating elements we’ve seen before with all new pieces.

There’s already so many instant favourites in this series.

As for main sets, only a couple have been shown through official images as of time of writing. Here’s my thoughts on them!

The Super Cycle Chase features the motorcycle that is in quite a lot of the trailers and on the cover of the videogame so it’s a definitive set to have for me. The Cloud Cuckoo Palace is the home of Uni-Kitty (voiced by Community and Mad Men star Alison Brie) is immensely weird. It’s combination of white and pastel colours should make for a cutesy set but between Emmet’s expression, the presence of a robot minion and the absolutely DERANGED look on Uni-Kitty’s face, I’m thinking this may be one of the darker moments of the film. Or I could be completely wrong and Uni-Kitty is an ally but still. That face. That cold… unblinking… stare. Lord Business’ Evil Lair looks to be one of the larger sets of the line, and I’m not just talking about his giant platform shoes!  I have no context for whatever scene in the movie this is based on but boy, it looks like some crazy stuff. There’s some sort of super glue tube being squeezed by a claw and two cops being blasted by the glue. There’s a luchadore imprisoned and there’s that Uni-Kitty again, only this time wearing glasses and a tie! I really like how ludicrous Lord Business is, as well.

Metalbeard’s Duel features the hulking pirate against some sort of evil robot dubbed a Micro Manager. There’s some other minifigs in the set too but the big draw is obviously two massive mecha duking it out!
That’s all I really have to show you guys for the moment but more and more sets are being revealed as we inch closer to the movie’s release so I hope this whets your appetite for the upcoming movie and the toyline.