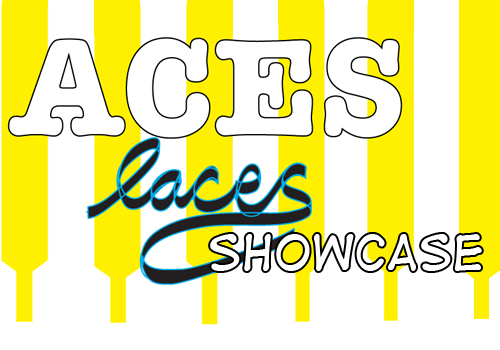 ♫~Aces Laces, laces that make you look ace!~♫ Ever since I opened up a Box of Awesome and discovered this unique product, Aces Laces and myself have been conversing frequently over Twitter. When the laces I got in the BoA snapped, they went out of their way to offer replacements so we’ve been good buddies and I thought it was high time to give them a proper showcase. Granted, I’m kind of new to covering fashion items but since the lovely Alexis wanted me to treat this as more of a bling bag toy, I’ll do so. The packaging for Aces Laces is simple but effective. While the basic layout remains the same, there are various colourful schemes. These packets are from Series 1 and says that you receive one pair of collectable shoe laces, your typical blind bag fare. If I had any suggestions, I’d probably indicate how many kinds of laces are in the series (25, in case you’re wondering) and reflect that on the packaging, much how many blind bag minifigures show the character assortment of any given series. I’d also enhance the “Series 1″ font and give it a little more marquee value. Othwerwise, the packaging is fit for purpose.

Let’s take a look at the product itself. The laces come in a variety of creative designs and colour schemes but all of them can be denoted by the rainbow coloured aglets. I would like to see a little leaflet included that details the other designs, maybe a checlist to hammer home the collectable aspect of this product. The first laces we have to look at are… Stripes. Okie dokie, starting off simple. They’re nice enough and would work with most kinds of trainers. Next up are the Green Neon and these ones are pretty cool. The neon is striking and the lace is nice and thick. Lastly we have the G-Cross laces. These kind of remind me of the diamond pattern on the MMPR costumes so naturally, these are the ones that have stayed on my trainers!

If my little showcase has piqued your interest, head on over to Aces Laces website and check out their full range! Personally, I love the Dino Chase laces. You can get a single pair for £2.50, three pairs for £5.00 or box of 25 for £40.00. Aces Laces are a fun novelty and I look forward to the next Series and the cool designs that will come with it!