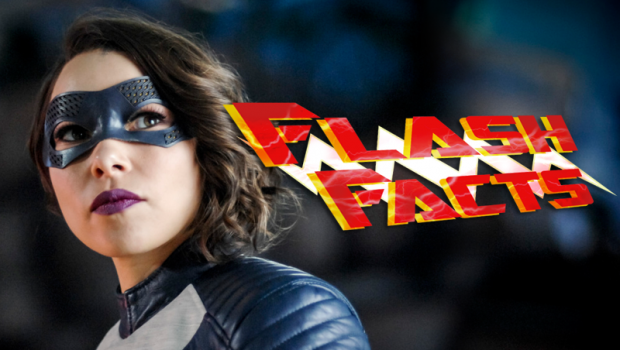 Now this was a great episode! We don’t mess around by having Thawne establish that shit’s gone off the rails thanks to the new Cicada showing up and that there’s no more time to change things.

With Nora facing a difficult situation (whether or not to tell her dad she’s been helped by the dude who killed her grandma for the past year) naturally we spend most of the time with a meta du jour, with Orlin and Future-Cicada, and with Cisco struggling to keep his work and private lives separate.

In fairness, Cisco’s dilemma is legitimate and this new relationship (shame we never got to see ANY OF IT DEVELOP) is untainted by his life as a superhero so why wouldn’t he want to protect it? Ralph is there to needle him into telling Kamilla the truth with minimal talking-to and it’s all very under-developed as is to be expected.

The dynamic with Orlin and Future-Cicada is really interesting. Barry’s fatherly approach seems to have worked as Orlin is horrified to see what his influence has done to the sweet innocent girl he vowed to protect and goes a long way to redeeming himself in the end with some great acting by Chris Klein. Y’know, before Future-Cicada mercs him like a badass. I’m also glad they didn’t have spend too much time with a mystery and Team Flash know it’s Grace by the half-way point.

And finally we come to Nora’s secret coming out. Oh, she doesn’t reveal it because she’s a massive coward. No, Sherloque has been diligently transcribing and translating Nora’s diary and finally gets the piece of the puzzle he needs by going through Thawne/Wells’s possessions. With all of the theatricality you’d expect from this old detective trope, he reveals that she’s been acting under the orders of Thawne since the Enlightenment.

Hurt/betrayed/thinking clearly for once, Barry wastes no time in throwing Nora into the pipeline. Given Barry’s history with Thawne, best not to take any chances and yeah, maybe he could have listened to her but it’s good to see him act like a damn father and put his misbehaving kid into time-out. With a deadlier Cicada on the loose and Nora’s secret revealed; what else could possibly go wrong for Team Flash?

I really liked this episode and I was all ready to keep this ball a-rolling but apparently the next episode isn’t until April 16th so that’s a bummer. But we are getting Danielle Panabaker’s directorial debut, and that’s pretty neat, so join me then when hopefully we’ll be hitting Godspeed.