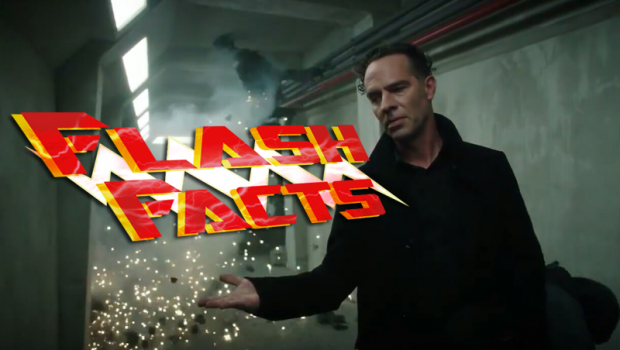 That episode title works on so many levels…

Seriously, Think Fast, while being a cute nod to Barry teaching Cisco and Caitlin how to operate in Flashtime, it also reflects a more cerebral episode.

Those opening 4 minutes were pure perfection. Seeing DeVoe unleash all of his abilities during a long hallway fight through an ARGUS facility was astonishing! It’s one of the highlights of the episode, for sure.

In the sub-plot, Cecile’s gestational telepathy becomes more of a problem when she stop reading minds and outright copies them. Shout out Danielle Nicolet for nailing both Caitlin and Joe’s mannerisms over the course of the episode, I can’t imagine it’s easy to emulate well established characters like that.

Gotta give love to Cisco for having a right go at Barry for his martyr complex. He makes soooo many good points that are bang on. It’s about time someone called him out on it.

Harry and Iris have an interesting side-story where they try to find Marlize DeVoe and while Iris has exhausted every tech option, Harry’s new-found emotional intelligence leads them right to her. It’s a good way to keep Harry involved while he’s the local village idiot. I don’t get Iris’s shortness with him though… Like, how’s she gonna handle kids if she can’t handle Harry’s silliness. I’m sure we’ll find out. But regardless, they find Marliize and seemingly turn her face so she’ll help the team in the finale.

Caitlin asks Cisco to vibe her past and we discover that she’s had Killer Frost since she was a child, despite the particle accelerator explosion happening decades later. This opens up new possibilities as now we can have metas not related to the dark matter explosion at all and don’t need to use it as a convenient crutch. Though this does add more mystery to Caitlin’s past which will no doubt be explored sometime next season.

Finally, after a dozen episodes of fucking about, DeVoe enacts his plan, utilising the the STAR Labs satellite to make up for the one Barry destroyed and, most chillingly of all, Gideon in the time vault. The episode ends with The Enlightenment beginning.

For the penultimate episode, this is more of what I was wanting from the show and I really enjoyed it, which is an odd feeling. I hope the momentum keeps up and we’ll see how all of this season’s elements come together and the identity of the Mystery Girl will be revealed in the final showdown with DeVoe in We Are The Flash.