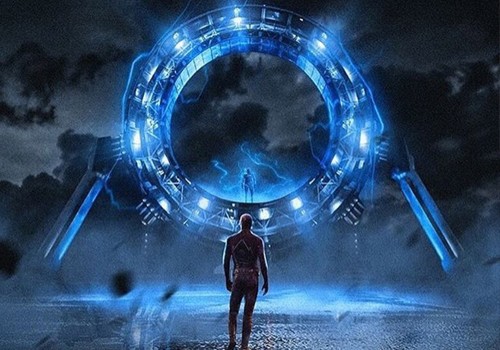 Flash Facts – “The Race of His Life” SEASON FINALE

How can a show be this good with a protagonist that stupid?!

Well here we are, dear readers, the season finale of The Flash. It’s been an emotional rollercoaster this year; packed with thrills, chills, easter eggs aplenty and emotional whiplash — all of which are present in The Race of His Life.

With the death of Henry, Barry has completely lost the plot, much to Zoom’s glee and my chagrin. Barry is an emotional time bomb and will keep ticking long after the threat is dealt with but I’ll get to that in a bit. First things first…

Where the hell did this Magnavox/Magnotron/Stargate come from? I’m pretty sure Tina McGee didn’t mention it last episode (and she’s sadly absent from this episode) but she knew about it and now it’s the lynchpin to Zoom destroying the multiverse? What?

It’s also pretty cool that Team Flash recognise Barry is a loose cannon right now and all of them put him in the pipeline time-out while they try to deal with Zoom. And there plan would of worked too (shout-out to Tom Cavanagh for a sick diving shot) if Joe would have DOOOOOOOOODGED!

Naturally, Barry has to be let out to fix this immense fuck-up and proceeds to wreck Zoom’s shit, employing a time remnant to go full Crisis on Infinite Earths to stop the Magnavox machine and just before Zoom wins by getting Barry to kill him, the Time Wraiths show up and…

That’s going to come back and bite you in the ass Barry because no one fucks with the Black Flash! When I saw the tear in Zoom’s mask and then the Wraiths and then the subtle change in colours; I marked out super-hard.

Not as much as I marked out for THIS though! That shot of Shipp in his old Flash suit makes sense now, huh? As contrived and stupid as the reveal is, I had a smile on my face the whole damn time. I love that the suit is a mix of the New 52 Earth-2 suit and the busted-ass helmet.

It’s sad to see the real Jay, Harry and Jesse go (especially losing Cavanagh and Jesse never showing off her abilities/the cool frienship she had with Wally) but thems the breaks. We can only hope that these cats will be back next season at some point.

WestAllen gets off to a bittersweet start too and it feels very natural and good until BARRY FUCKS IT UP FOR EVERYONE.

Not only did we get shades of Crisis on Infinite Earths but now Barry has travelled back in time, saved his mother from Thawne, erased the Season 1 version of himself from existence and Flashpoint’d the entire CW universe. For fuck’s sake, Barry…

So when next season rolls around, we’ll be seeing a much different universe, probably a much worse universe and every other show in the line-up could be affected. Will the inevitable universe restart be how Supergirl is retconned into the CW universe proper? Will Rip Hunter have to fix Barry’s mistake? What effect will this have on Arrow?

Questions for next season unfortunately but for now, that was a satisfying, if a little dumb, finale and I thoroughly enjoyed the season overall. Have some thoughts of your own? Leave them in the comments and, as always…