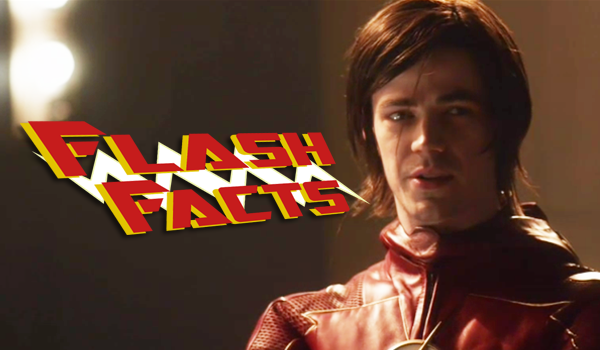 Flash Facts – “The Once and Future Flash”

Well that was… Interesting.

This episode, The Once and Future Flash, presents an interesting premise; a look into the future and what the fallout of Iris’s death will be. It reminds me of another show but I can’t for the life of me remember what it is… But we kick off with the freshly emerged Killer Frost.

Now full-villain, Frost goes on the offensive and escapes before too long. We don’t pick up with her again until after the A-plot is resolved and she is confronted by Savitar. Her future incarnation suggest that we’d be surprised by who Savitar really is and whoever it is actually emerges from their armour (which is a cool effect) but we only get Frost’s reaction to the reveal and it’s nothing short of awe. It’s hard to pin down exactly who it is, especially as Frost’s reaction makes me think it’s Ronnie but I’m going to stick with the idea that it’s Barry. With only a couple episodes left, I’m sure we’ll be finding out more soon.

Meanwhile, in the future! Barry comes face-to-face with the future versions of Top and Mirror Master who don’t look too different unfortunately though their increased power gives us a fantastic visual spectacle.

Flash Fact: This episode was directed by long-time cast member, Tom Cavanagh! For his first time directing on the show, I think he did pretty well.

The downside to the future is that Team Flash is no more. Post Iris’s death, Barry and, by proxy, the team imploded and they all went their separate ways, leading to Wally’s crippling and Cisco losing his hands and powers. Dang, this is dark and I kind of want to stay here. This future shows actual consequences for their failures! It’s great!

Naturally, Barry stays just long enough to get the band back together (and cock block HR something fierce) and it’s a genuinely nice moment to see the shattered remnants of the team rally behind the younger, more hopeful Barry.

And we get a team-up to boot! Sure, Future-Barry seems to have nicked Toby Maquire’s haircut circa Spider-Man 3 but his suit’s pretty dope. It’s bright, has more yellow and has a more comic book look to it. They talk about the current suit being retro so it might be a while until we see the future version on the show, if at all.

We’re still dragging our heels on the Savitar reveal and the Iris dying plot but at least this episode showed a more proactive Barry and actually gave weight to why Iris’s death is important. Hopefully the next few episodes will up the momentum because next week promises to answer at least one of our questions about Savitar in I Know Who You Are.