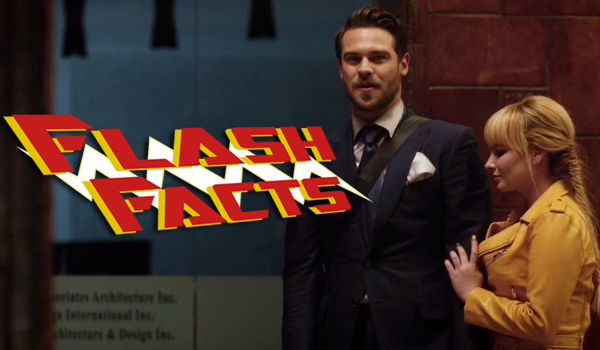 Comedy for the expense of character.

In a role reversal of how this stacks up against SHIELD, The Flash is seriously lacking substance this week.

It’s almost criminal how The New Rogues barely features Mirror Master and Top at all, instead focusing on incestual-flavoured shenanigans, sorely underdeveloped romance and some genuinely fun Wells-wrangling.

Mirror Master and The Top get absolutely no play this episode and it’s to the detriment of the episode, I feel. Mirror Master, played by Grey Damon, is practically smoldering with generic rage and, let’s face it, I’m not going to be intimidated nor impressed by a man who doesn’t wear socks.

The Top, on the other hand, is an utter delight and has to play second fiddle to an already underdeveloped villain-of-the-week. Played by Awkward’s Ashley Rickards, Rosa Dillon is a fun-loving Harley Quinn-like moll who easily outshines her distaff counterpart. From her bubbly attitude, her faithfully coloured green and yellow flared skirt and her vertigo powers, she’s definitely a force to be reckoned with who sadly doesn’t get the time she deserves. Seriously, inducing vertigo in a speedster puts her in the top-tier of Rogues already, especially since Arrow has killed off two Count Vertigos. Vertigi?

Meanwhile, Joe’s gonna get luuuucky~! It’s about time he had something else going on other than wrangling his errant children. Speaking of…

Yes, Barry, it is awkward kissing the woman — who until fairly recently you referred to as your sister — in front of your adoptive father. It’s very fucking weird and I’m glad that it’s finally being addressed for its icky, incestuous-ness. We’ve all gone along with your weird sister complex for three seasons, Barry, but it’s time for an intervention.

In other awkward kissing news, Jesse and Wally. There’s no denying these kids are cute together and they do have chemistry but they haven’t really had a lot of time to develop it and since Jesse goes back to Earth-2, we’re going to see the worst kind of long-distance relationship ever.

Saying goodbye to Harry once was bad enough but this encore performance really hammers home that his departure is going to mean losing a beloved key component to Team Flash. It sucks that he’s going home but equally bad is his replacement…

Overall, The New Rogues is a very flawed episode that had some highlights (Harry’s banter with Cisco, Wentworth Miller’s cameo, Joe in general) but ultimately let down it’s own title. Next week, a family member receives the cold shoulder in Monster.