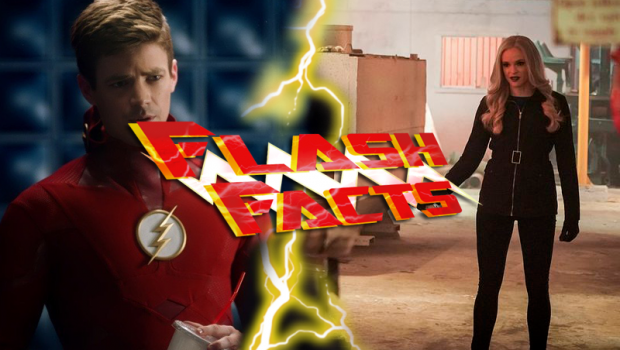 And it’s still just as filler-y as before! Two weeks worth of the Scarlet Speedster and there’s only a couple things I want to talk about because Primus knows the Cicada plots not going anywhere.

So let’s take about the major topic; Thawne and Nora. Thawne appears to be on death row or, at the very least, is going to lose his life in a short amount of time. It seems to be less than an hour and it’s unclear how long Nora has been going to see Thawne but it’s weird, and kinda cyclical, that he appears to be in the same kind of mentor role as he was with Barry.

What’s stupid is that Nora didn’t know Thawne killed Barry’s mother. I know The Flash Museum kinda white-washes a lot of Barry’s past but jaysus, that’s kind of a big detail to miss out. But yeah, the theme of the episode is if someone bad can become good so we’ll see if this redemption sticks. Probably won’t.

Nora’s become increasingly frustrating as a character to watch because despite apparently being a massive Flash fan, she knows next to nothing about his tactics, abilities, or his ethics. She’s really kinda shitty and the fact that Team Flash still hasn’t sent her stupid ass back to the future is infuriating.

On a more fun note, look at Grant Gustin’s stupid face. For all the BS surrounding the character, Grant is still a treat to watch when he’s given more direction than “look pensive” and “gaze at Candice”.

Another plot running through these two episodes is the idea of a metahuman cure and if reading X-Men for decades has taught me anything, cures for powers never work out and often make things worse. Granted, this may play a big part towards the finale, but for now it’s just being used as a sore point for Cisco and Killer Frost.

Frost’s motivation to stop Caitlin working on the formula is pretty solid character development and their current symbiotic relationship must be fun for Danielle Panabaker to play.

The only other thing I have to talk about comes in Seeing Red when the tables turn on Cicada and Barry lays some hands on him and it’s nice to see more of Barry’s darker edge. Yeah, he’s a goodie-two-shoes but in the comics, Barry has killed Eobard Thawne before for trying to kill Iris. Broke his neck, it was pretty metal, and this righteous anger is something I hope we see more of. If nothing else, it gives Grant more to do.

Sorry I haven’t got more to say but these two episodes where pretty light on stuff I want to talk about but I’ll be back on a decent schedule next week and I can’t wait to see what the futures holds when we take a trip inside Nora’s mind in Memorabilia!