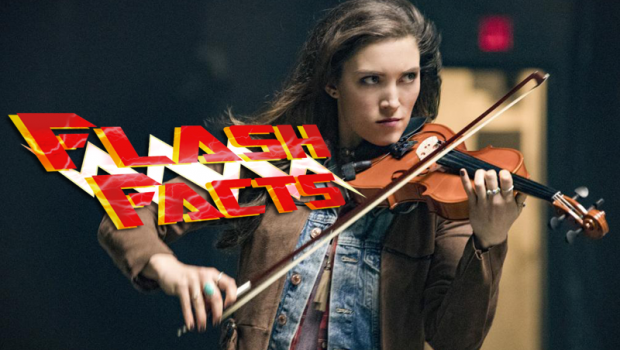 A generic title for a generic episode.

Subject 9 has one good scene and that is it. The rest is the usual fare you’ve come to expect from this season so let’s run through this shit.

Devoe’s still being vague about his long-term plan, even though he needs to accelerate it due to acquiring the powers of most of the bus metas and dumping them into poor Becky Sharpe’s body. As much as I liked Sugar Lyn Beard’s performance as the bubbly luck manipulator, she can’t be menacing in the least and I did like that this week’s meta du jour didn’t take her seriously either.

We also have a side-story about Harry and Cecile bonding and it’s probably the weakest pairing I’ve seen in a while. I think playing the extroverted HR then going back to the stoic, beliggerent Harry has messed Tom Cavanagh up a bit because he’s dialled it back too far to the point where Harry can barely speak to Cecile. It’s just weird and that’s a shame because I like both actors.

I should give a special shout-out to Miranda MacDougall, playing Izzy Bowin, for delivering a great performance over all. This is her first role outside of the short film she starred in and she knocked it out of the park, playing a genderbent southern belle version of obscure Flash villain; The Fiddler.

She did an amazing job and acted really well alongside Hartley Sawyer’s Ralph Dibny and I would have liked to have seen her become a recurring character but, alas – “fuck being interesting”, this show says.

The scene I was referring to earlier was Izzy, after going off half-cocked to fight DeVoe, getting mind-swapped in front of Ralph and Barry. Enclosed in the same force field that held Barry (that I’m almost certain Barry can vibrate through because he escaped) and without the fiddle she used as a focus with her power, she succumbs to DeVoe’s mind transfer, all the while Ralph tearfully tells her to focus on him, repeatedly. It’s awful to watch, especially when DeVoe rubs Ralph’s nose in it afterwards, planning to make good use of his new body.

I wish we’d gotten more time with Izzy but what we did get formed enough of a connection, to make it gross and awful and DeVoe into even more of a terrible person. Something that’s been escalating more and more recently.

Oh, and Barry is out of a job for now. Until people are convinced the DeVoe who rolled into the courtroom is the real one. So I guess we can say goodbye to Barry’s job at CCPD and we can expect more hijinks with Ralph.

Overall, a extremely mediocre episode with only a couple things I can really say I liked. Next week promises big things as a nuclear bomb goes off in Central City and the Flashes of three worlds must unite to save it in Enter Flashtime.