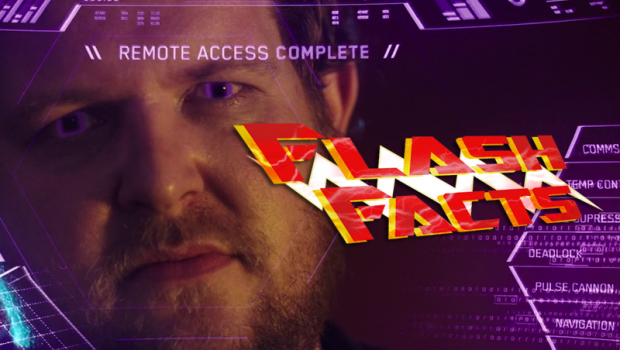 That title’s a bit on the nose, isn’t it?

Because hurr-dee-hurr, Barry and Iris aren’t communicating! I spent well over half the episode eye-rolling at the predictable and, honestly, boring plot. This is the kind of shit I wanted to avoid by leaving Barry alone but here we are. “Comedic” soundtrack to legitimate personal conflict.

Seriously, this was the best moment of the episode because it actively addresses Barry’s cavalier attitude and how Iris is kind of left floating in limbo now that the titular character is back. Iris and the rest of Team Flash were handling everything grand and now Barry’s back and he’s fucking everything up. The resolution is weak sauce too and I’m on track to hate this season if the lead up to the wedding is mostly this.

It’s always nice to see Jessica Camacho as Gypsy but her inclusion felt a little tacked on in this episode which is a shame because having her be a more frequent recurring cast member would be great.

Kilg%re (yes, it’s spelled like that) is the villain du jour and oh boy does he have to come up with some contrived ways to kill folk but that initial elevator kill was pretty awesome. Dominic Burgess (an English actor who has worked on both Batman Begins and Doctor Who) does a fantastic job as the jilted Ramsey Deacon and is genuinely sinister. Given his presence in the next episode, he may be a recurring villain too.

Flash Fact: Warden Wolfe has appeared on The Flash before as a white guy! In the episode Tricksters, he was played by Anthony Harrison but has been replaced by the immensely talented Richard Brooks, everyone’s favourite eccentric bounty hunter in Firefly; Jubal Early. Given Wolfe’s meta status in the comics, we may see him figure into The Thinker’s long-term game.

Shout-out to the continuity nod to Arrow!

Mixed Signals is kind of a lacklustre episode that really left me wanting and continued to remind me that bringing Barry back was a huge narrative mistake. Maybe the return of Harrison Wells will be a good omen in Luck Be A Lady.