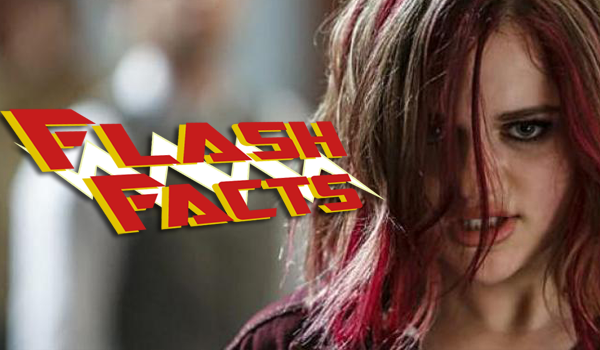 Magenta is a showcase for a lesser known Rogue (one of Wally’s Rogues at that) but also gives the villain-of-the-week a rather unique quirk that, unfortunately, goes absolutely nowhere.

Also Wells and Jesse are back! And Jesse’s quick now! Geddit? Oh boy, you know what that means! Talking. Lots and lots of ineffectual and un-fun talking. Sure there’s jokes but Wells is dad-ing too hard and we know she’s going to suit up so why delay it?

Speaking of dad-ing, Joe has one of my favourite lines of the episode. And for fuck’s sake, Wally… I know you’re going to end up getting powers from Alchemy, I can see it on your goddamn face.

On the plus side, Tom Felton is killing it as Julian. He’s such a delightful prick in every scene. I just wish he had more screen time.

But let’s get to the meat of the episode with our villain; Magenta. Frankie Kane is an interesting character and Joey King’s performance isreally engaging but she isn’t given nearly enough time to flesh out and fully develop the character.

Flash Fact: This is Joey King’s second role in a live-action DC production; having previously played a younger Talia al Ghul in The Dark Knight Rises.

If there’s one thing I have to say negatively about Frankie, it’s that she is basically my ex-girlfriend in all but name and accent. It’s uncanny and a little uncomfortable to say the least but, regardless, Joey gives a fantastic performance for a sadly limited character.

We get a sneak at Jesse’s costume and that’s pretty much it. A promising episode that sadly gets bogged down in pointless scenes.

Hopefully next week will be a little more hype as we see the return of everyone’s favourite Rogue in The New Rogues.