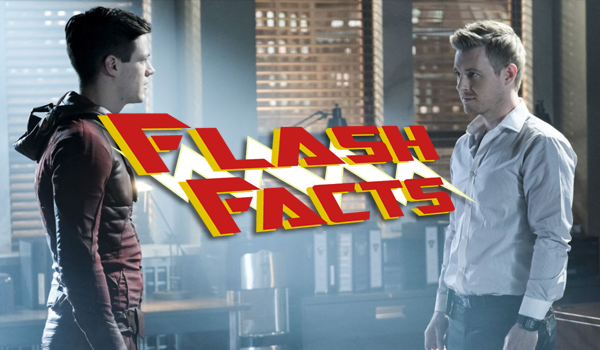 Flash Facts – “Into The Speed Force”

You know who hates Barry’s BS more than me? The Speed Force.

And thus we get another episode of bizarre visuals in soft focus while dead people rightly give Barry shit for not doing his job properly. All is as it should be.

Contrived WestAllen romance is contrived and I’m tired of it, as you can probably tell since I haven’t been covering it. The Iris/Barry dynamic became infinitely more dull once they got together, much like Castle went downhill after Season 4 but, instead of just being dull, the continued forced drama of The Flash is annoying.

A little less annoying, but still pretty annoying, is Jesse Quick’s side-lining. Since she’s been on Earth One, we’ve seen her suit up, what, all of once? That blows because she’s constantly being told to not do stuff and when she does, she’s a badass. She’s the first person to actually wound Savitar and then she’s off to Earth-3? Boo-urns! But at least she’s shown that the supposed god is a little more mortal than he appears and as the old saying goes; if it bleeds, we can kill it.

The highlight of the episode has to be the returning guest stars as Rick Cosnett, Robbie Amell and Wentworth Miller return —as Eddie Thawne, Ronnie Raymond and Leonard Snart, respectively— to chastise Barry for constantly letting others sacrifice themselves for him. Cosnett’s return is very welcome as he’s a fantastic actor. Robbie ends up being rather bland; his segment being hijacked by the return of Black Flash. Snart is Snart and is as delightful as always.

Flash Fact: This episode has the most number of speedsters since the show began! Barry, Wally, Jesse, Savitar, Black Flash and Jay — totalling six!

But only AFTER the musical crossover with Supergirl next week! Yes, while this episode was rife with drama, next week we’ll be putting on a song and dance in Duet!