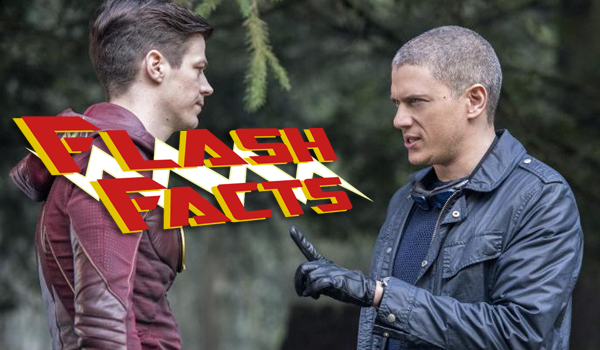 After months of build up, we finally get to Infantino Street and we see the results of Team Flash’s efforts…

Wah-wah-wah-waaaaaaaah~! Yup, Iris is dead! For real-real, not for play-play. For now and let’s face it, we’re all thinking it. That longing look HR gave to the Savitar splinter was dripping with foreshadowing. Hell, his absence from the event (Joe taking his place), as well as the Plunder news report changing should tell you that while events have played out much like we’ve seen, there’s still room for changes in the timeline.

Speaking of… Leonard Snart brings his trademark cool demeanour back to the series for all too brief a period. Plucked from the first season of Legends of Tomorrow, Snart takes part in a pretty fun caper that allows for Captain Cold, of all people, to remind Barry that The Flash should always be a hero. The irony is delicious.

Meanwhile, the other premonition kicks off as Cisco heads off to face Killer Frost in the woods. Isn’t this where she took his arms in the future timeline? But, considering her villainous personality faltering, as well as Killer Frost in the comics being a member of the Justice League, I’m expecting a face-turn for Caitlin and Cisco is the one to do it.

For the penultimate episode of the season, it’s a pretty mixed bag; elevated by the guest appearances and dragged down by the (hopefully) final showing of Iris’s death. Come back next week when Season 3 of The Flash ends and we cross the Finish Line.