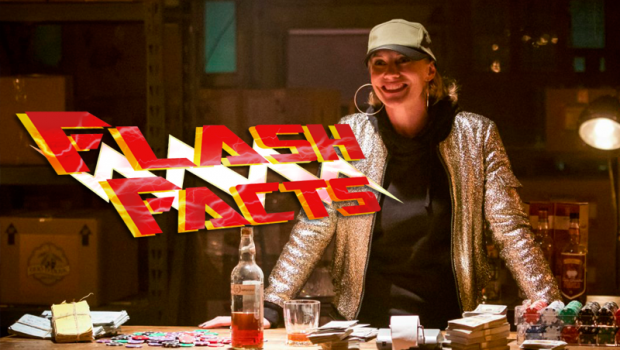 Flash Facts – “Harry and the Harrisons”

This is like counting down to Christmas but with crushing inevitability instead of comfort and joy. Harry and the Harrisons, despite having plot relevant moments, is still all filler, no killer.

The episode kicks off, and is book-ended by, Iris wanting to write an article about DeVoe. Now, in theory, this could go one of two ways and I was leaning heavily towards mass hysteria and it seemed like Barry was thinking the same but then it wasn’t that at all and it comes off as a husband holding his wife back which is duuuumb. The fact that Iris would let herself be held back is also odd and in the end the citizens of Central City start tweeting DeVoe’s locations which seems even more dangerous.

Harry’s decreasing intelligence is still an issue and Cisco convenes the Council of Wells, who are no help and then he has the bright idea to unite a new council who are rejects and more focused on emotional intelligence. I think I’m at the end of my tolerance for Tom Cavanagh playing different versions of the same character, especially for comedy. They’re all one-stock jokes and despite ultimately helping the character grow, this felt like yet more filler.

I know I had issues with last season’s final arc but I wasn’t nearly as angry about all the fucking about than I am here.

The one bright spot was Katee Sackhoff’s return as Amunet Black because her eccentric nature and genuine affection for Caitlin is really nice. They share lots of nice scenes together, building on previous episodes and their connection is what makes Amunet create a shrapnel bomb to deal with their DeVoe problem.

Next week sees the return of Fallout, god knows why, and Arrow’s John Diggle shows up so that might be worth a giggle so be sure to come back next week for the familiarly title Think Fast.