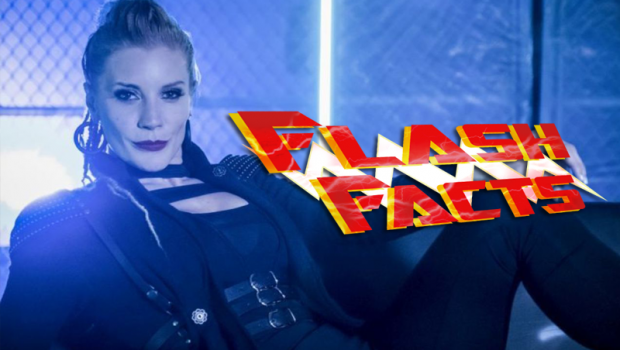 Cos it’s Ladies Night and the feeling’s right!

At the outset of Girls Night Out, I was reticent as the whole premise could lead to really cringey humour, and it did, but what I wasn’t prepared for was some genuine character moments and a great performance from the guest stars.

All of Team Flash are attending the bachelor/bachelorette parties of Barry and Iris but both groups meet adversity but in different ways. While the guys have to contend with a comedy of errors, the girls have to deal with the reemergence of Killer Frost and the new villain Amunet Black.

I’m glad that Ralph is sticking around, he brings a unique, Carey-esque, performance to the show. Ralph drags the gang to a strip club where Cisco gets Barry drunk and Joe has to confront a parent’s worst nightmare; catching his soon-to-be step-daughter on the pole. Joe being Joe, he takes an even-handed approach to talking to Joanie Horton and offers some sincere advice but this has an adverse effect where Joe has to confront that he’s going to be a father at 50 and the notion terrifies him. It’s a nice, genuine human moment for TV’s Best Dad.

Meanwhile, with the Guest-Star Squadron, Caitlin comes face-to-face with Norvack (the goon she threatened in the season premiere) at Iris’s bachelorette party, the secrets of her six-month absence laid bare, we are introduced to the person she was working for; Amunet Black.

Amunet Black aka Blacksmith is played by the gorgeous Katie Sackhoff and I find her performance and British accent utterly delightful. I’m glad that she wasn’t taken down (despite how inherently stupid that is) because we get a brilliant recurring female villain for a change! We’ll probably also see The Weeper (Black’s meta drug source) again since The Thinker recaptured him.

Meanwhile, Iris helps Caitlin reconcile her two sides, speaking with both Caitlin and Killer Frost and trying to amalgamate the disparate personalities into one whole and it seemingly works… Though we thought the cure would work but the idea of Caitlin having better control and becoming more akin to the Frost in the current comics is a good thing.

One thing I didn’t like was drunk Barry. It wasn’t funny nor endearing but hungover Barry was better so it kind balances out?

Girls Night Out was an okay episode, nothing really outstanding but entertaining enough that it didn’t annoy me which is more than I can say about most of the episodes so far this season. Next week we’ll be training Ralph and summoning the Council of Wells’ to figure out how The Thinker’s identity in When Harry met Harry…