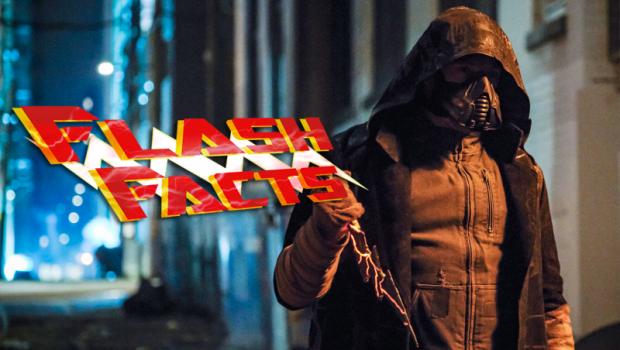 Flash Facts – “Failure is an Orphan”

Success has many fathers, failure is an orphan.

Here it is, the final confrontation between The Flash and Cicada (according) to Nora but guess what? We’re still 6 episodes from the end so guess what’s not happening. Okay, that’s a little too cynical because there is a shake-up to the plot this week, foreshadowed by Eobard Thawne saying that Nora’s interference has caused time to fluctuate (no shit) and something/one big is coming.

Given that’s what’s happening plot-wise, it doesn’t feel like much happened even though a full 42minute episode occurred.

Joe and Cecille tag-teamed Dr Ambres and got her to give up Cicada, learning to trust each other again because apparently that needed to happen. Iris is sad because Nora will leave once Cicada is dealt with and they didn’t have time to do an arbitrary list of corny BS but they have the obligatory make-up so I guess that’s sorted.

The real meat of the episode is trying to convince Cicada to take the metahuman cure and when the first time fails, Barry has to appeal to him as a father and leverages the fact that Cicada’s niece is also a meta to get him on side. It’s an actually pretty decent scene as when he was in Dad Mode, Chris Klein was a pretty decent actor so the dilemma draws that back out, though he can’t seem to drop the dumb growl in his voice.

While administering the cure, Team Flash hits a snag when the building’s power goes out and another Cicada appears to kick everyone’s ass and kill the only person not on the main cast, Dr Ambres. I mean, this new Cicada walks through everyone using a sweet pair of kopis swords, even the five who were prepared for her but she doesn’t kill any of the metas there? I guess that’s why Ralph wasn’t in the episode because he’d probably be the one to cop it.

So new Cicada takes Orlin to her cabin in the woods and unmasks to reveal that she is Grace Gibbons. This would be a neat twist if they hadn’t established her being a meta earlier in the episode and SHOWING HER AS CICADA back in Memorabilia. No idea how or why an older Grace has appeared but I’m kinda hoping that the final showdown of the season will be between Grace and Nora, really tie things together right at the end. Then again Thawne’s involved so I assume he’s going to break out at some point.

Overall, an alright episode that sets up the third act of the season so be sure to come back next week and we’ll see if this Time Bomb pops off!