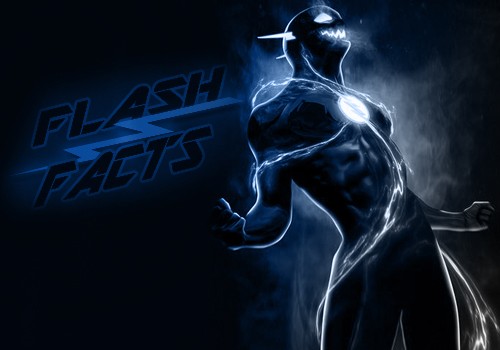 Every week. Every damn week!

The Flash continues to trounce the competition and it’s own sister show with no real effort needed.

Enter Zoom is an episode of two halves, really. The first half, while still dramatic has lots of fun comedy bits, probably lulling the audience into a false sense of security. Linda taking on the mantle of Doctor Light is the main comedy schtick, with a montage and a failed plan. It’s very James Roberts. All fun and games until shit kicks off.

This week has our first real look into Harry Well’s daughter, Jesse. Boy are they not even trying with that little bit of dialogue… Still, it’s nice that she’s not the doting daughter and is strong and independent from the get-go. Can’t wait to see her transformation into her name sake. Also cool that the Arrow of Earth-2 is Robert Queen as opposed to Oliver.

Flash Fact: The comic-verse Jesse Quick is a legacy character, being the daughter of Golden Age heroes Johnny Quick and Liberty Belle, both mantles she’d adopt for herself, given that Earth-2 seems to be home of the Justice Society, it’s fitting that she’s there.

Damn. Just… Damn. I knew Tony Todd was going to add some gravitas to the new villain but props to the suit actor (if you know who it is, let me know) for making Zoom truly menacing.

Monstrous, even. Monster is the right word for Zoom. Seeing him in action was genuinely terrifying. He’s faster than Barry, stronger than Barry and worst of all…

He knows it. Zoom is a sadist through and through and it shows in his every act. He parades Barry’s limp body around like a damn trophy! It’s absolutely brutal.

And even though Team Flash gets one good shot in, Zoom’s assault leaves Barry paralysed from the waist down (that back-cracking noise during the fight was a bad omen).

Enter Zoom lives up to the hype for establishing the villain and showing just how badly Barry is outmatched. Sure, we know he’ll be back on his feet soon enough (He’s walking 6 months into the future on Arrow) but damn… And it’s only going to get worse as next week sees the return of the big ape on campus in Gorilla Warfare.