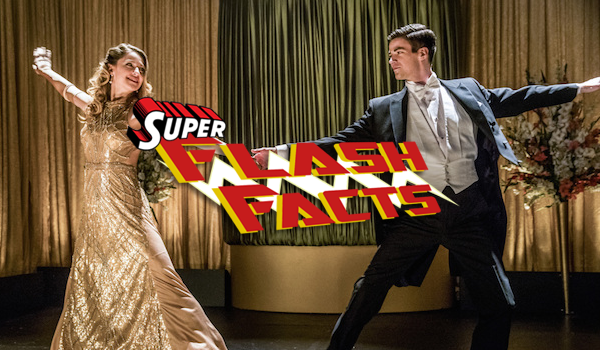 It’s a brand new day and a brand new crossover between the The Flash and Supergirl and it’s a musical too! Suffice to say that this episode was highly anticipated would be an understatement! So what do I think?

It was a’ight. Let’s get the disclaimer out of the way, this isn’t a fantastic musical episode. It’s a good showcase of each actor’s singing chops but is more akin to an episode of Glee (shocker) than the brilliantly crafted likes of Once More With Feeling, Dr Horrible’s Sing-A-Long Blog or even the origin of this episode’s villain: The Mayhem of The Music Meister. Speaking of which…

Darren Criss; alumni of the aforementioned Glee, along with both Grant Gustin and Melissa Benoist, is not very good in this role. He’s not very charming, steals powers for some reason, he has one song and even that isn’t original. Considering the history of the character and the actor’s inherent charm and talent, I would have loved to have seen Neil Patrick Harris reprise his role as Music Meister. Cool effect on the hypnotic eyes though.

Barry and Kara being trapped in a musical, being forced to play out the plot was pretty entertaining though, barring the 11th hour deus ex machina save and they both give an exceptional performance. Grant’s lip-syncing could use a little work but Melissa is on top form. Their duet, the cutely named original song “Superfriends”, has a lot of humour and energy to it and I enjoyed it.

On back-up vocals are Victor Garber, Jeremy Jordan, John Barrowman, Jesse L. Martin and Carlos Valdes and all of them belt out their performances and elevate their respective songs, even if they are just covers.

In the B-Plot, we get an all too brief team-up between Kid Flash, Vibe and Martian Manhunter and it’s a shame that there wasn’t more interaction time since this is J’onn’s first time on Earth-One.

The curtain call comes far too quickly on this episode, with more focus on talking than singing with the Music Meister exiting stage right. Barry and Kara’s respective relationship problems being solved in a rather simple manner, things being simple in a musical being a running gag in this episode.

While it’s not outstanding, it is a fun diversion to the main plot of each show and gives most of the actors the chance to stretch their lungs. Keeping the theme of magical mayhem, next week promises to reach out and grab ya with Abra Kadabra!