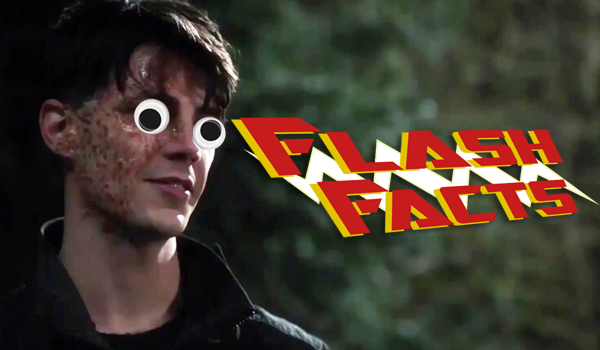 Flash Facts – “Cause and Effect”

Oh my god, this episode sucked!

You know what we need three episodes before the finale? FILLER. I mean what the actual hell was the point of this episode because aside from pointing out that Barry is a dour fuck these days and kicking off the HR/Brand, what exactly was accomplished?

The opening fight between Savitar-Barry and regular Barry was an impressive effect, sort of building on the Sara/Sara fight in Legends of Tomorrow, but I can understand why it was so short. The suit being independent or thought controlled was cool at least but again, it’s a stalling tactic, giving the audience just enough to keep them hooked.

The exploration of Barry, or Bart, is somewhat interesting (if shown at the wrong point in the series) as we get a look at what The Flash would be like without baggage. A much more excitable speedster with joy in his heart. Y’know, like Wally. Who we’ve all but ignored this season because Barry is the focus and everyone else gets side-lined. Like Jesse. Fuck, this show would be so much better without it’s lead protagonist in it. Like Arrow.

Honestly, I don’t know if I’ll be continuing to review this show once this season is done. It’s Cause and Effect in practice. Write a crap show and I will drop it because, honestly, I’ve got better things to watch and I’ve dropped both Doctor Who and Arrow for having god awful story arcs and I can’t honestly think of this showing pulling anything off in the next episode to keep me inves-

Fuck it, I’m back in! Come back next week for a hopefully fun-filled caper as caper as King Shark and Leonard Snart return in Infantino Street!