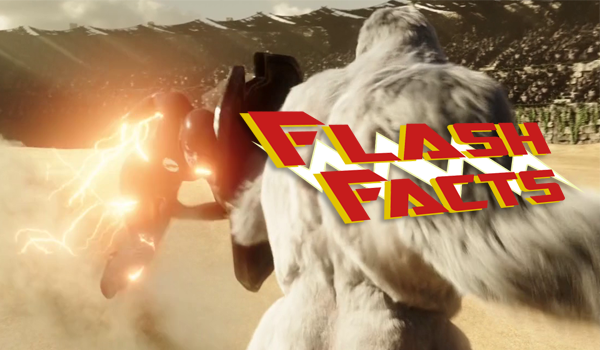 Attack on Gorilla City is the long-awaited return of a fair few characters and gives us plenty of fun moments but it definitely feels like set-up more than it’s own thing.

Not so much Attack on Gorilla City as a Stumble into Gorilla City or a Wander through Gorilla City because we see very little of Gorilla City life but hey, TV budgets and for what we got it looked pretty good.

I’m glad we’re getting a two parter out of this too because Solovar is voiced by the sexiest voice on any Earth, Keith David and we got fuck all of those golden pipes here. You don’t get motherfuckin’ Goliath on your show and then waste him. It’d be like if Tony Todd had all of 3 lines as Zoom!

Meanwhile, in teen hormone corner, Wally and Jesse are having relationship problems that are solved by the end of the episode but will be reappearing because, guess what? Jesse Quick has her own Earth to protect! We haven’t seen any other heroes from Earth-2 so she’s obviously not going to stick around and that’s sad, not because we’ll be down a speedster…

But because we’ll be down another Wells and god damn do we need more Tom Cavanagh. He plays three distinct roles tonight and carries it off with aplomb!

The episode ends with the status quo seemingly restored while Grodd amasses his troops for war with Gypsy by his side. How? Why? I guess we’ll find out when this two-pater concludes next week with the Attack on Central City!