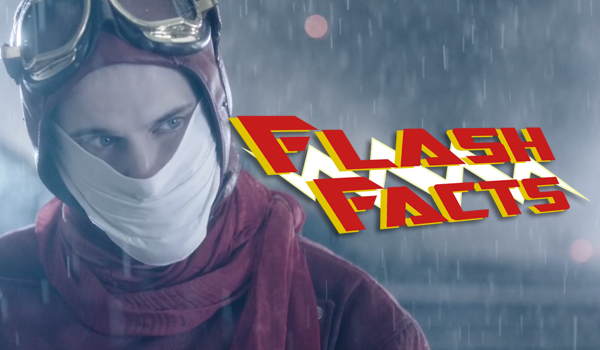 A little light on the gorilla warfare, huh?

Seriously, everything I was worried about in the previous episode came to be in this one. Keith David has all of five lines over the course of two episodes. What a waste of talent! Not to mention the invasion of sapient gorillas itself being immensely lacklustre. The fight between Solovar and Grodd is well animated at least.

Barry also proposed but honestly, who cares? Every episode now is book ended by cutesy scenes of Barry and Iris that add nothing or worse; reiterate the same plot point over and over and over. Shit or get off the pot, show.

The interaction between Harry and HR wasn’t what I wanted either. It came off like straight-up bullying. Harry SPAT in HR’s cup, for fuck’s sake! That’s gross on so many levels. Not to mention the shitty ploy Harry had to keep Jesse on Earth-2. I love Tom’s acting but the writing seemed off for Harry this episode. Hell, he seemed more gravel-y as well.

The biggest takeaway for me was Cisco’s jaunt to Earth-19 which revealed a low-key cameo by the Accelerated Man, the Flash of the same Earth as Gotham by Gaslight, an Elseworld with a Victorian/steampunk aesthetic. He’s portrayed by Sean Pogue and while nothing much is said, the look at the photos of another breacher seems like foreshadowing to me.

Jessica Camacho continues to be foxy as all hell as Gypsy and she has a wonderfully playful dynamic with Cisco that I’m worried won’t last. They even mention Lisa Snart in this episode and when was the last time she even showed up?

The episode ends with Savitar appearing out of thin air to menace Wally. Why? How? I guess we’ll find out next episode but to round up Attack on Central City; it was a bit of a let down and the whole two-parter mostly felt like an exercise in wasted potential. Hopefully the plot will kick into top gear next week as we bear witness to The Wrath of Savitar.