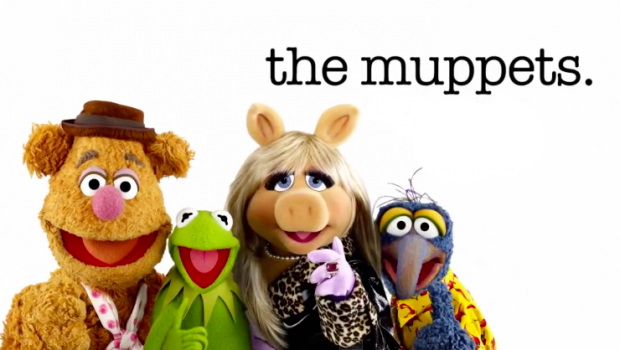 Any regular readers here at The Website of DOOM will know by now that there are some hardcore Muppet fans at this website. I’m one of those lunatics and I fall into the category of “Muppet purist” in that the original team are Gods and the fools who made the two most recent films need to be flogged in the street. Yeah, I’m one of those kind of fans.

It was announced very recently that The Muppets are finally returning to their home on television and being helmed by Bill Prady (maker of The Big Bang Theory) and Bob Kushell (producer of 3rd Rock From the Sun). Now, for many, the idea of The Big Bang Theory‘s head honcho taking over The Muppets may cause alarm bells but Prady started out in the business working with Jim Henson as a writer on such shows as Fraggle Rock and The Henson Hour.

The show will be returning to focus on the original cast and will have lots of similiarities and differences which I think will become apparent very quickly so let’s just watch the trailer and get into this.

I have probably a little more to say than usual so I’m going to change format slightly for this TMB and get a bit more in-depth.

One of the things that made the original TV series so magical and perfect was it’s format. It satirised the manic energy of a variety/sketch/live show by showing behind the scenes sequences along with the on-screen performances. It allowed for the type of fourth-wall breaking, anarchic sense of humour that caught the zeitgeist along with creating characters that had struggles and desires to put on a good show (and often failed). This ability to both root for characters and also relate to them in short bursts was genius and has rarely ever been equaled. Keep in mind that I still haven’t mentioned at this point that this is puppets we are talking about. It was a perfect format for a TV show -period-, never-mind the puppetry.

This revamp has managed, in my opinion (from 2 minutes of footage that I can judge it on), to hit the nail on the head in trying to modernise this format while keeping the exact same spirit.

The reason why they operated in a theatre to a live audience with sketches and musical numbers is because that’s what was popular at the time. Variety Hours were ubiquitous in the late 70s. Hell, The Brady Bunch had a variety show. And this was the way of things for well over a decade at that point. Now? Well since The Office and Modern Family have been so successful you can’t seem to avoid the mockumentary format on American Television right now. The bonus of parodying this style is also that it allows for many of the same anarchic and fourth-wall breaking moments. Gonzo even makes a joke about how this format allows them to do it. It’s perfect. And it was that very joke that made me think; “ok, these guys get it”. Even to the point of having Gonzo be the voice of that descent is a very Gonzo thing. He’s had the role of Narrator in previous movies but more so he has been the heart of the crew for some time (strangely taking over from Kermit to some extent). Anyway, I could go into group dynamics at length so I’ll just cut to the chase and say that many of the characters seemed more recognisable to me here than they have in some time.

That’s not to say that there aren’t moments that feel off. Miss Piggy hasn’t felt right since Eric Jacobson took over her character, a lot of that is how they’re writing her though. I worry about the idea of Fozzie dating a human. The other pig. We still haven’t seen the actual show the gang are putting on; apparently Miss Piggy will be hosting a late night chat show a la Jimmy Kimmel. So there is plenty to still be apprehensive about. But this is the first time in over a decade that I’ve felt even mildly excited about seeing their product. And that can only be a good sign.