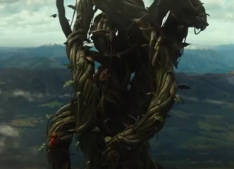 I had no clue about this film until I stumbled across the trailer online. Having no prior knowledge of it, everything surprised me about the trailer/film. Everything. I want to share this wonderment with you so I think we should dive right in without any further description.

They don’t even look like beans. OK!? Holy relics.

I think you can buy it in H&M.

Which is exactly what they wore in ye olden times. No joke.

The house is being taken away by that holy-relic-stalk!

Now I wish those holy relics really where beans!

He’s in it, so you know it will be good.

I mean, all the big special effects movies he’s been in have been great.

Despite my poking fun, this actually looks like a whole lot of fun. Bryan Singer directing, Nicholas Hoult is cool, it’s a story we already know is bat-shit insane… this could be a riot. I look forward to seeing the next trailer before it comes out next summer. This could be a dark horse in the Race For Our Cash© that is next year’s crazy cinema line up. It’s got to fight off Avengers, Batman, Superman, MIB3 and a whole lot more, but it just might do it.