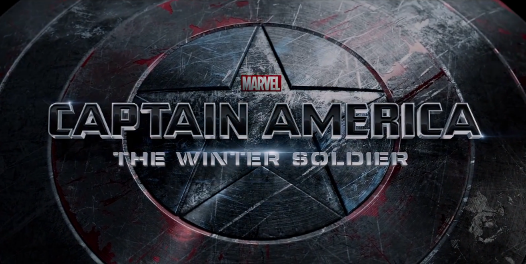 Captain America: The First Avenger was a perfect example of superhero movie making. They took a character who was intrinsically good, of a high moral code, and didnt try to dilute him to make him “more edgy” or “more relateable”. He was a hero and we got to look up to him. Can you tell that I loved it?

This time around though, there is a different director, different writers, and even a different era of history so can Marvel keep their high standard going? They’ve brought in some more characters to bolster the ranks. The Black Widow is back, alongside the first live-action appearance of long-time Cap colleague The Falcon.

Robert Redford plays Pierce who is technically in the comics but not at all like the man we see presented here in the trailer.

Government, or at least modern government, seems to be a big theme in the story. How America conducts it’s business with the world is now very different to the idealized world of the 1940s. How will Cap adapt?

A lot has been made of Cap’s uniform as it has changed with each movie. Everyone has a preference. I quite like his Agent of SHIELD duds.

Also, keep an eye on his prickly relationship with the underhanded Nick Fury. That, surely, will be another point of friction.

– I Know You Keep Hawks In A Hawkery But Where Do You Keep Falcons?

Helicarriers, apparently. I’m excited to see how he’s portrayed in this movie.

It was so hard to get a good shot of The Falcon in full action mode. Sigh.

– Who Was That Masked Man?

I probably shouldn’t be as surprised as I am that the trailer does it’s best not to reveal the identity of The Winter Soldier. I guess I forget not everyone has read the comics first.

Hey, does anyone find it weird that Sebastion Stan is listed in the credits for this movie? Didn’t his character die in the first film? Oh, what was that? We got a Cease & Desist request from Marvel? Ok, I’ll wrap this up then…

I like the tone that they’re trying to strike with this trailer. They don’t focus much on The Winter Solider himself but all the noise they’re making about not trusting the government and their tactics is something that can really hit home right now. I’m hoping this movie makes a shit-ton of money.

Tags: bucky guys the winter soldier is bucky, but he doesnt have his memories, hes back from the dead, its pretty cool, you should read the comic